< Previous Post New kid on the block: Jerusalemites are staying in Jerusalem – but moving from one community space to another within the city 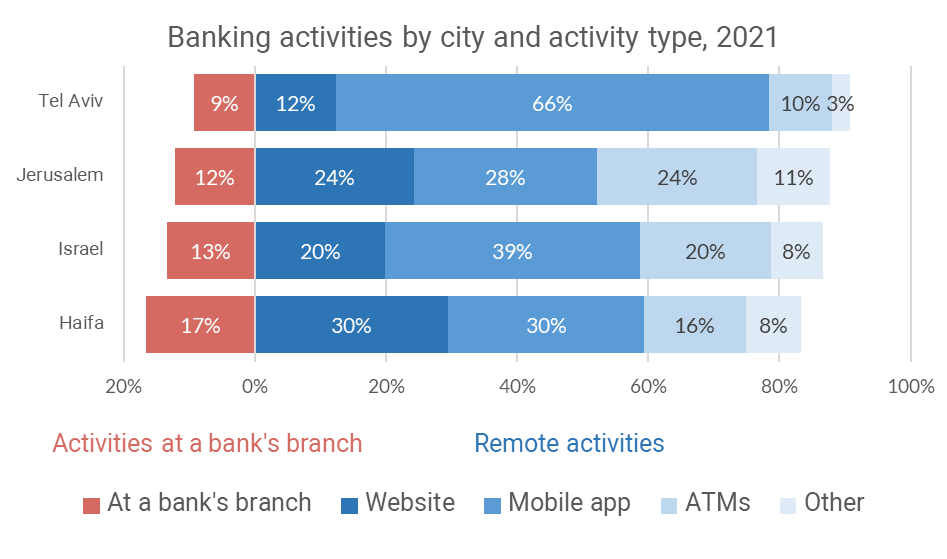 In 2021, these 923,000 Jerusalem banking customers performed 16.34 million activities  in their banks – an average of 17.7 per customer. Jerusalemites thus carry out more banking activities on the average than the overall Israel average (14.8 activities per year) and than Haifa’s average (13.9), and is second only to Tel Aviv (19.2).

About a quarter of banking activities in Jerusalem were conducted at automatic tellers – higher than in Israel at large (20%), and also higher than in other major cities such as Haifa (16%) and Tel Aviv (10%).

Banking app usage was less popular in Jerusalem compared to Israel at large – 28% compared to 39%, respectively. Tel Aviv customers performed most of their banking activities via banking apps – about two-thirds of all activities. In contrast, the percentage of banking activities conducted via banking websites by Jerusalem customers (24% of activity) was higher than in Israel at large (20%) and higher than in Tel Aviv (12%).

< Previous Post New kid on the block: Jerusalemites are staying in Jerusalem – but moving from one community space to another within the city

Credit Card Purchases - Have We Returned to 2019?
By: Yair Assaf-Shapira
Israelis’ credit card purchases dropped since March 2020. Tourism expenditures was hit the hardest, but recently the trend reversed ... 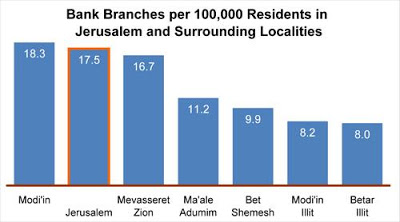 to Bank or not to Bank?
By: Yair Assaf-Shapira
The distribution of bank branches in relation to population within various cities can serve as an indication of the centrality of the city in relation to other cities and its environs, as well as the ...