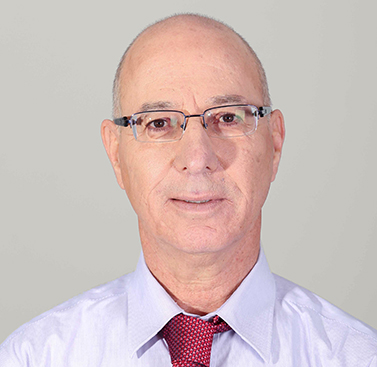 Professor Yitzhak Reiter, a senior researcher at the Institute, is an expert on Middle Eastern studies and the Land of Israel. He heads the Research Authority and heads the Department of Land of Israel Studies at Ashkelon Academic College. He is a senior researcher at the Truman Institute for Peace Research at the Hebrew University. In the 2008/99 school year, Reiter was a visiting professor at the University of Minnesota in the United States, and previously a Visiting Fellow at Oxford University (2001), the University of Sydney and the Middle East Institute in Washington (2003/4).

Between 1987 and 1978, Professor Reiter served as Deputy and Acting Advisor for Arab Affairs of three prime ministers (Menachem Begin, Yitzhak Shamir and Shimon Peres) and in 2006 he advised the National Security Council to write a policy plan on the subject of the Arabs in Israel. He is active in back-negotiating channels on the issue of Jerusalem and the holy places and in relations between Jews and Arabs in Israel

Reiter specializes in conflict in holy places, the Israeli-Palestinian conflict, Israeli Arabs, Middle Eastern politics and Muslim law, and is active in Jewish-Arab dialogue in Israel and indirect peace talks between Israel and the Palestinians.