High-Tech Employees Who Really Do Tech

High-Tech Employees Who Really Do Tech

Of all the workers in Israel who work in high-tech professions (263,400), 63% are employed in workplaces in the high-tech sector. 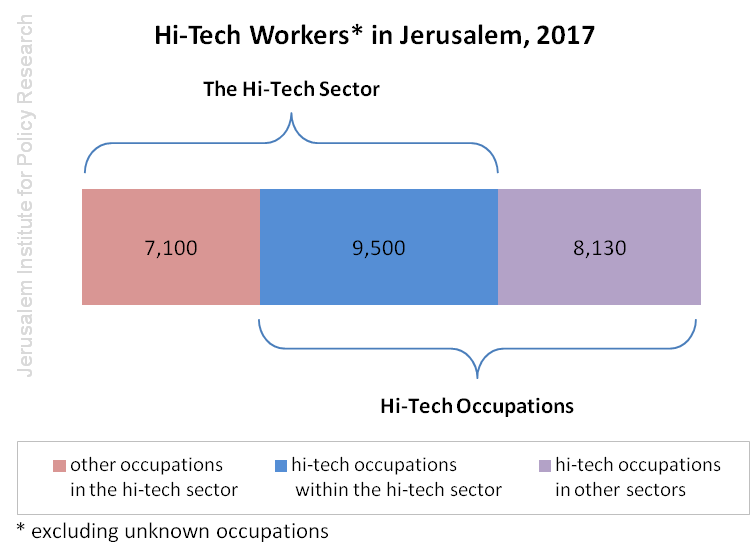 There are two systems for classifying employees – according to the economic sector to which their workplace belongs, such as construction, food and hospitality, education, etc. – or according to occupation, in other words, the employee’s position at the workplace, for example, manager, salesperson, or clerk. The question arises as to whether someone who works in software development at a food factory is considered a “high-tech employee,” and likewise, whether someone who works in human resources or as a driver at a software company should be considered a high-tech worker.

In Israel, according to the CBS’ Labor Force Survey, there are 315,800 people employed in the high-tech sector. The number of people employed in high-tech in Jerusalem (but not necessarily residing in the city) is 17,200, while in Tel Aviv the number is 40,700. However, as stated, not all these employees are actually employed in high-tech occupations. Some work in management (15%), or in clerical or office positions (5%). In total, the percentage of employees in places defined as high-tech in Israel who are actually working in high-tech professions is 55%. In Jerusalem the percentage is similar, at 57%, and in Tel Aviv and Haifa it is higher, recorded as 62% and 66% respectively. All figures are accurate as of 2017.