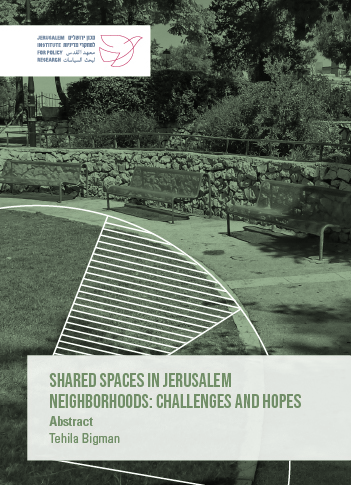 Jerusalem is Israel’s most diverse city by the character of its population. But its layout – built as a series of neighborhoods that as early as the mid-19th century expansion beyond the Old City walls was already organized along religious-sectorial-social lines – has engendered a city with distinct separation among the different population groups. Beyond the historical development, the planning approaches adopted over the years resulted in plans based on the neighborhood separation model such that the distinct character of each neighborhood could be established and would not encourage internal diversity.

The question this study wishes to address is: In what way does living in a mixed neighborhood affect the degree of social interaction and the tolerance among people from groups with different religious identities?

The study examined nine Jerusalem neighborhoods that differ from one another in religious homogeneity levels and in social processes of population change. In order to examine the perspective of the population and the opinions and positions of the people who experience the shared space on a daily basis without mediation, the study focuses on
the neighborhood residents themselves and not people with official positions. Data and conclusions are based on questionnaires sent to neighborhood residents, on in-depth interviews conducted with residents of each neighborhood, and on observations.

The study’s main conclusion is that expressions of tolerance among population groups with different religious identities appear most often when the interaction occurs on the basis of common denominators unrelated to religious identity.