Main Projects Migration to and from Jerusalem

Migration to and from Jerusalem, and particularly the issue of those leaving the city, is the subject of much attention on the part of the Israeli press and media. Often the headlines are negative on this issue and the terminology speaks of “deserting the city”. Migration is a prominent issue in the public discourse; it has the potential of becoming a lever for development, growth, and change of the city’s image and character. On the other hand, it can cause the city to decline and harm its resilience. The policy of the local authority can have a significant effect on the extent of inter-city migration, compared to other components of growth (natural increase and Aliyah).

It is important to note that parallel to leaving the city, new residents are also joining it and that negative migration is not unique to Jerusalem; rather, it also characterizes the other large cities, Tel Aviv and Haifa.

The Jerusalem Institute’s researches on migration include policy recommendations for reducing migration from the city among the entire population in general and particularly among the young population, as well as recommendations for attracting new populations to the city. Sometimes the research findings lead to additional researches. For example, the Jerusalem quality of life index (Hebrew) is a result of conclusions reached in the 2011-2013 migration study, which indicated that those leaving or coming to Jerusalem noted its quality of life as the reason for doing so.

The subject of migration has been researched by the Institute for the past 35 years. The first of these studies was conducted by Dr. Maya Chosen and was published in 1983. It was titled Migration from and to Jerusalem 1972-1978 and was one of the first publications of the Institute (the fourth, to be precise).

In the last twenty years, the institute has conducted two types of studies on the subject of migration:

These are the field researches conducted to this point: 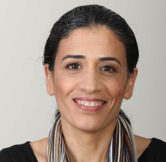 Migration to and from Jerusalem 2017

The current study examines the scope of the migration to and from Jerusalem as well as the characteristics of the migrants in 2017, based on data from the Israel Central Bureau of Statistics...

From 1990 through 2019, a total of 1,457,500 new immigrants arrived in Israel. The Jerusalem neighborhood with the highest percentage…
Link To Blog >

Migrants’ origin, destination, and reasons for moving
Link To Blog >

Eitan Bluerfrom: City in Numbers Since the end of the 1970s a bi-national, Jewish-Arab, metropolitan area has formed and grown…
Link To Blog >

Yair Assaf-ShapiraIn 2009, the demographic makeup of Jerusalem’s outmigration was as follows: 25% were children under the age of 15,…
Link To Blog >

The immigration to Jerusalem has increased. The socio-economic characteristics of immigrants who arrived during the 1990s and of those who arrived…
Link To Blog >

From our examinations of migration balance statistics from other large Israeli cities, we discovered a trend that might seem obvious:…
Link To Blog >