Jerusalem is the largest of Israel’s cities, by a significant margin compared to the other major metropolitan cities. In June 2022, the city had 972,000 inhabitants, based on CBS data. Why is Jerusalem so big and what is the rate at which it has grown in the last year? 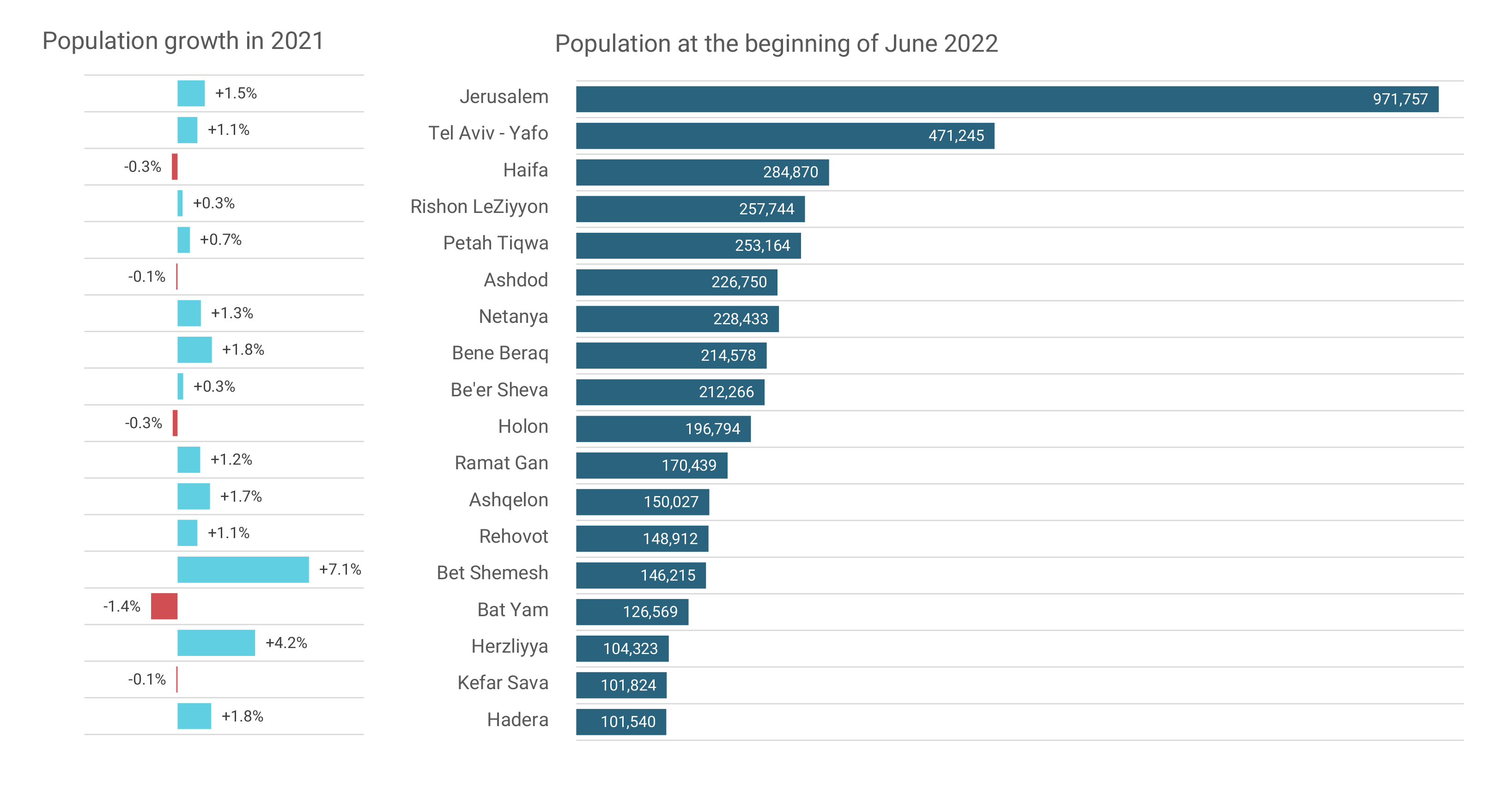 Jerusalem is the largest of the Israeli cities – by a significant margin. At the beginning of June 2022, according to the CBS (The Central Bureau of Statistics) data, the population of the city numbered 972,000 inhabitants – more than the three metropolitan cities – Tel Aviv-Yafo (471,000 inhabitants), Haifa (285,000), and Be’er Sheva (212,000) – combined. Jerusalem is the largest of Israel’s cities since the mid-1970s, but this year, for the first time, Jerusalem also surpassed the sum of the population of the three metropolitan cities.

In 2021, the city grew at a rate of 1.5%. Among cities with a population of over 100,000, this rate is high, but not unusual. Among these 17 cities (not including Jerusalem), in five of them, a higher growth rate was recorded in 2021, with the highest rates recorded in Beit Shemesh (7.1%) and Herzliya (4.2%). In five cities there was a decrease in the volume of the population, the most prominent of which is Bat Yam.

So why is Jerusalem so big? There are a variety of reasons for this, and one of the main ones is the fact that in 1967 when the borders of the city were determined in the east, north, and south, it included large areas, in which huge neighborhoods were built, which in other parts of the country would perhaps have developed as cities in their own right. Thus Ramot Alon, the largest neighborhood in Jerusalem, which is similar in terms of the population living there (50,400 at the end of 2020) to the city of Ness Ziona (50,700) or the neighborhood of Pisgat Ze’ev (43,800) which is larger than the nearby city of Ma’ale Adumim (37,800).

Data source: Jerusalem Institute for Policy Research processing of data from the Central Bureau of Statistics

Population Growth
By: Yair Assaf-Shapira
All of Jerusalem’s populations are growing in number, but some neighborhoods are not ...