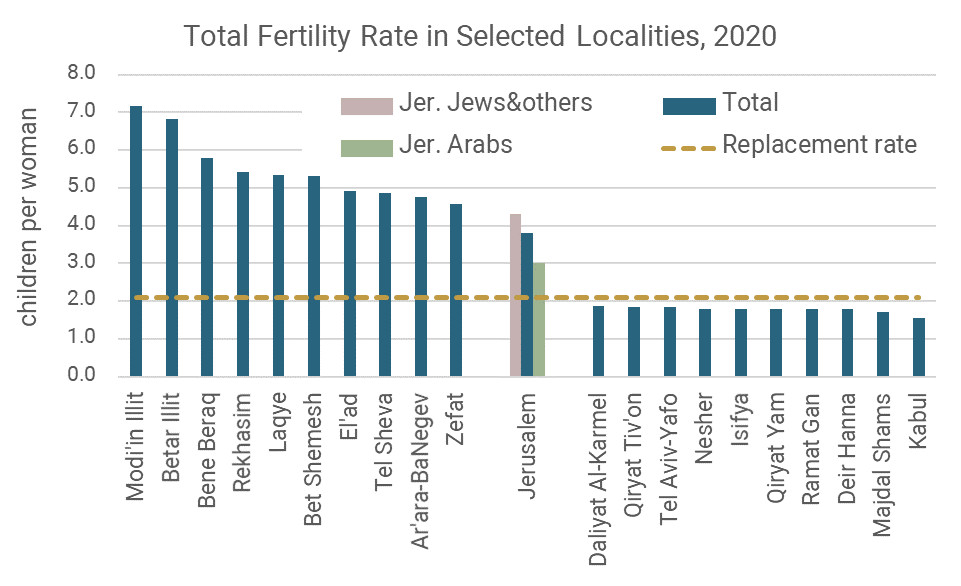 In the list of cities (above 10,000 residents) by overall fertility rate, Jerusalem ranks in 20th place out of 136 cities, with a rate of 3.79 children per woman. At the top of the list is Modi’in Illit, in which each woman bears an average of 7.2 children in the course of her lifetime, and Beitar Illit – with 6.8. Next among the high rankers on the list are primarily Haredi and Bedouin cities. The list ends with the northern Israeli towns of Majdal Shams (1.7) and Kabul (1.6), in both of which (together with about 30 similar-sized towns in Israel, according to the list published by the CBS) the overall fertility rate falls below the replacement rate – the fertility rate at which, over the long term, the population neither grows nor declines (2.1).

Population Growth
By: Yair Assaf-Shapira
All of Jerusalem’s populations are growing in number, but some neighborhoods are not ... 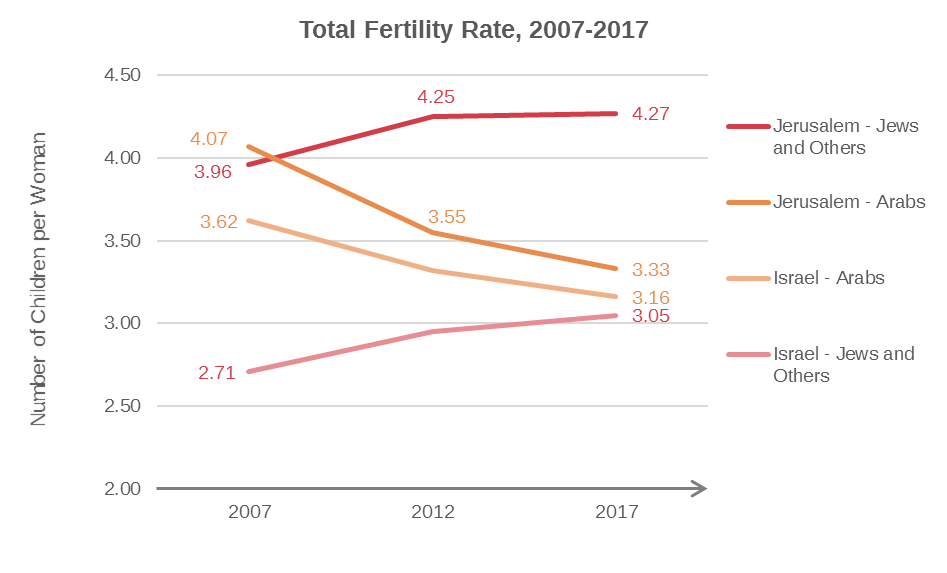 Total Fertility Rate
By: Yair Assaf-Shapira
A change in the total fertility rate is the first indicator of a change in the natural growth rate and population growth. Since the process has been underway for more than a decade, we are already see...