I Love You, Terminal

Main Blog I Love You, Terminal

I Love You, Terminal 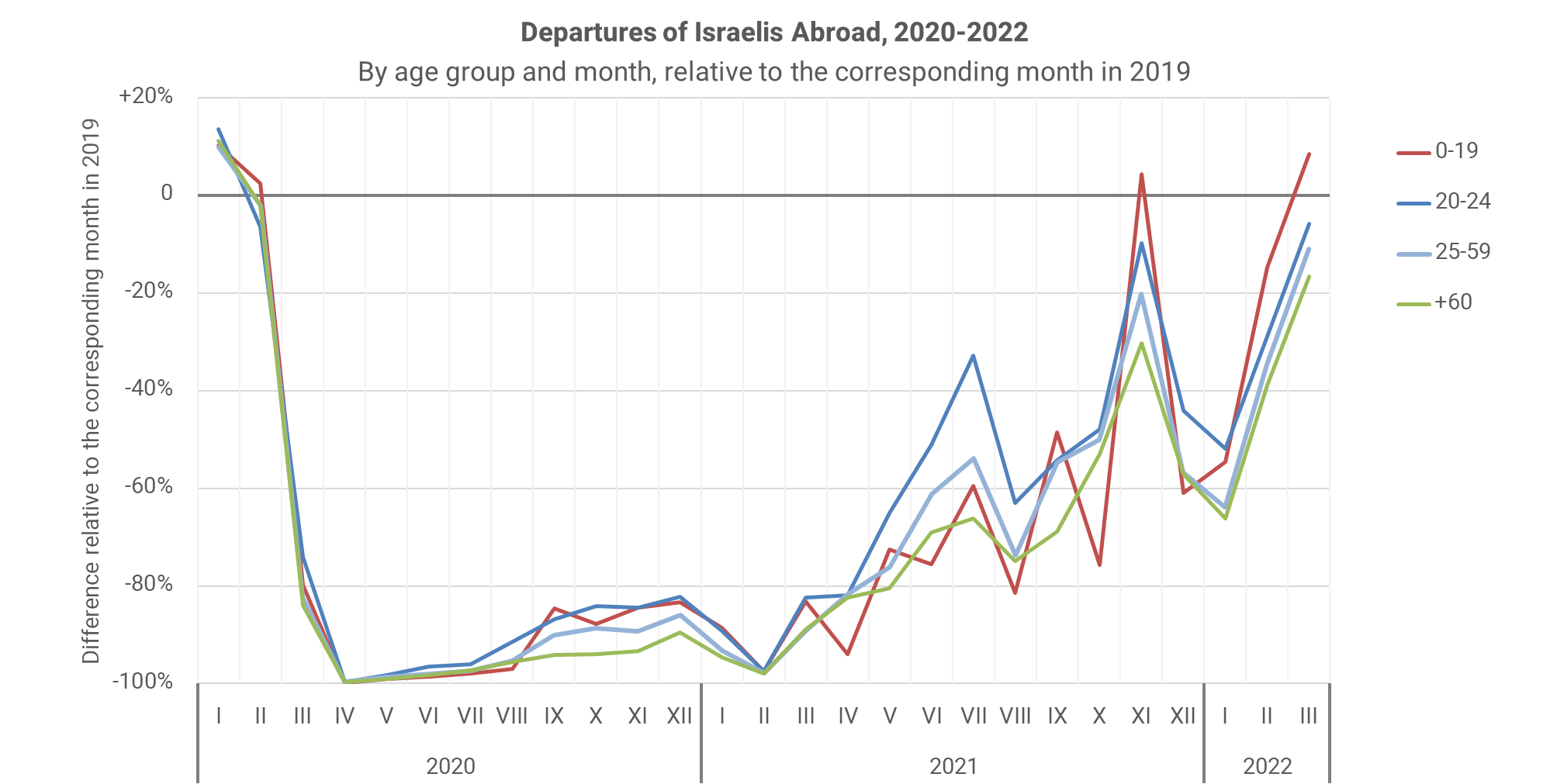 This March (2022) a total of 498,600 Israelis traveled abroad. The number of departures was several times higher than the figures for March 2020 (100,600) and 2021 (66,500), and slightly lower than the figure for March 2019 (551,600). The data, released by the Central Bureau of Statistics in early April, also include the age distribution of travelers, and it is interesting to see which age groups resumed flying and which were less inclined to do so.

Throughout the Covid-19 crisis, the 20-24 age group evidently resumed travel abroad more quickly than the other groups, with the largest discrepancy relative to other groups recorded during the months of May-August 2021. In July, for example, the number of departures recorded for this age group was 33% lower than the figure for July 2019, whereas the other age groups recorded a drop of more than 54%. This March the number of departures recorded for the 20-24 age group was only 6% lower than that of the corresponding month in 2019.

People aged 60 and above, who constitute a high-risk age group for Covid-19, were less inclined to travel abroad throughout the crisis, and especially so at its very onset in 2020. This March the number of departures recorded for this age group was 17% lower than the figure for March 2019.

Holiday Time
By: Yair Assaf-Shapira
Israelis generally stay in hotels during specific periods – the most popular times for locals to vacation in the country being the summer months of July and August, while foreigners tend to visit most... 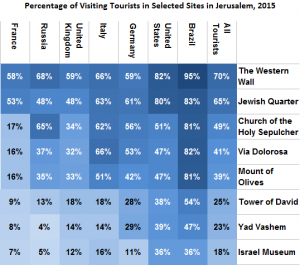 The Non-Accidental Tourist
By: Omer Yaniv
The Old City of Jerusalem is regarded as the primary attraction for tourists from abroad, and most of the city’s popular tourist sites are located within or around the Old City.  Why is it so popular ...