Jerusalem - the Capital of Civil Society in Israel

Jerusalem is the capital of civil society in Israel. The city is a significant center of activity for Israeli non-profit organizations, with over 23% of all non-profits in the country operating in the city. In 2017, 4,077 active non-profits were operating in Jerusalem compared to 1,600 in Tel Aviv. The non-profits are highly significant from an economic point of view, as their combined annual budget is estimated to be between 15-25 billion USD, and they employ between one hundred to two hundred thousand people—a third of all those employed in the city. 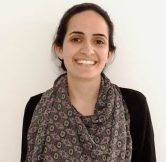 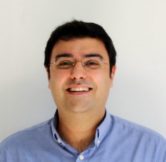 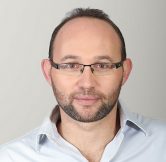 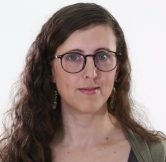 From March till July 2002, research has been conducted at the Jerusalem Institute for Israel Studies, aimed at assessing the role of civil society in Jerusalem in improving relations between...

This study presents a thorough quantitative view of the third sector and the place of civil society in the city. Jerusalem, the capital of Israel, a religious center, and Israel’s larg...
Partners

The Jewish People and Jerusalem: Cultural and Spiritual Dimensions

Round Table Discussion The Jewish People and Jerusalem: Cultural and... 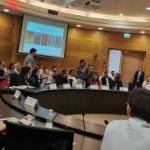 The political tangle and the future of civil society in Israel....
Read the article >

The third-sector capital of Israel

Third sector organizations are ones that are part of neither the governmental sector nor the private sector, and do not…
Link To Blog >

Between January and May 2020, trust in government rose from 54% to 65%, which exceeded the level of trust in…
Link To Blog >

The immigration to Jerusalem has increased. The socio-economic characteristics of immigrants who arrived during the 1990s and of those who arrived…
Link To Blog >

Students and the City

The number of students enrolled in institutions for higher education in Jerusalem has been increasing over the years. Bachelor’s degree…
Link To Blog >

How Do Jerusalemites Spend Their Money?

In 2011, the average expenditure for household consumption in Jerusalem stood at a lower figure than Tel Aviv and Rishon…
Link To Blog >

In 2015, a total of 11 youth movements operated in the Jewish sector in Jerusalem, reflecting the city’s social diversity.…
Link To Blog >

East Jerusalem residents constitute 37% of the city’s population, but only 10% of the municipal assets are located in East…
Link To Blog >

Even though Jerusalem has 23,000 more households than Tel Aviv, the number of private cars registered in Jerusalem is about…
Link To Blog >

I Love the Cinema

Multiplex cinemas resulted in movie theaters vanishing from the city center.  All across the country there is a decline in…
Link To Blog >

While the gender gap in religiosity and religious identification is clear with regard to Israeli Jews as a whole, when…
Link To Blog >

Criminal investigation files sorted by areas across the city reveal the localization of crime.  What are the different types of…
Link To Blog >

Mobile phones are increasing in popularity and usage.  In 2014, 91% of Israeli households had at least one mobile phone,…
Link To Blog >

High rates of in-migration and out-migration reflect a high population turnover in a city.  Different cities have different migration statistics. …
Link To Blog >

Police data show that during the year 2014, the number of events requiring a police response in the Jerusalem District…
Link To Blog >

Israel’s population density is among the highest in the world (387 residents per square kilometer on average).  How is construction…
Link To Blog >

One of the indices of a country’s economic status is the rate of ownership of durable goods.  What goods do…
Link To Blog >

What does a work-life balance look like?  How can it be measured?  In Jerusalem and Tel Aviv, where most of…
Link To Blog >

What are the demographics of Jerusalem?  How is the Haredi population a factor in that statistics?  Personal choices about where…
Link To Blog >

There is an increase in women in the Hi-Tech industry.  Will there be a continuous increase in the amount of…
Link To Blog >

Jerusalem is in the top 25 most densely populated cities.  In order to determine this, researchers measured the number of…
Link To Blog >

The population of the Jewish Quarter is reliably young with about half the residents (55%) aged under 25. However, the…
Link To Blog >