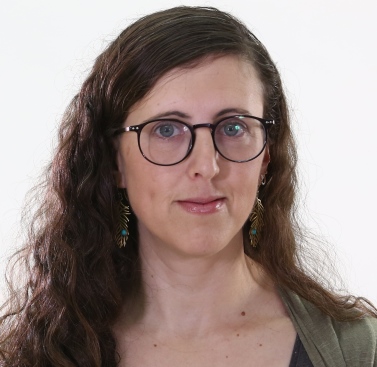 Project manager, joined the Jerusalem Institute in 2014. Holds an MA in urban-environmental policy from the Hebrew University (2016), and a BA in geography, urban planning and gender studies from Ben Gurion University (2009). Prior to her work in the Institute, Erela worked in the Planning Administration as a GIS operator and as Head of Mapping for the Ministry of Interior committees, responsible for changing jurisdiction boundaries (2009-2011). Following this, she worked as deputy director of the information and tours team (2011-2014) at Abraham Tours, which is a network of independent travelers, continuing to gain extensive experience in managing and operating information systems.

As the Institute’s former website manager, she was involved in strategic organizational processes. She initiated a rebranding of the Institute, resulting in its name change and a unique, representative design language. Erela directed the establishment of the Institute’s new website (2019).

In the Urban Planning field, Erela is the Coordinator of the Planning, Urbanism and Sustainability Team. She is involved in the City.Gov project, promoting an improvement of the urban connection between the government compound and the city. Erela served as coordinator of the Urban Sustainability project (2012-2015) and was involved in writing the recommendations paper for promoting sustainability by local municipalities (2016). She coordinated the ‘Sharon Authorities Sustainable Transportation Project’ (2017-2020) [Hebrew].