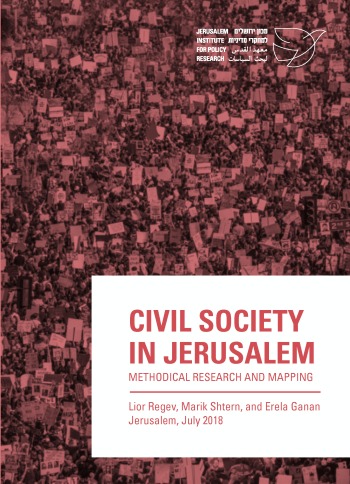 This study presents a thorough quantitative view of the third sector and the place of civil society in the city. Jerusalem, the capital of Israel, a religious center, and Israel’s largest and most diverse city, is fertile ground for civil society activity. Due to the intense encounter of communities, poverty and social distress, and the proximity to government institutions, Jerusalem is a suitable breeding ground for social and community innovation. It is a place where groundbreaking social enterprises are established, inspiring other cities and towns throughout the country.

The special character of the city of Jerusalem and the interaction of the different population groups often lead to conflicts and increase the desire of each group to defend its values and goals. At the same time, this diversity offers opportunities to establish joint ventures, formulate and promote values shared by all of these groups.

A tradition of active involvement and participation of residents and institutions in the public and social spheres exists in the city. This tradition developed throughout the many years of struggle and negotiations over the nature of the city.

This tradition of increased civil involvement of the city residents in shaping the city physically, politically, and socially continues to define Jerusalem’s character to this day. In the past decade, the city has witnessed a proliferation of civil activity that has greatly impacted the city’s social and urban politics. Several social initiatives founded in Jerusalem have also had a nationwide social impact, such as the ‘Hashgaha Pratit’ private kashrut initiative and the Time-Bank (Bank Hazman) program. However, the size and effect of Jerusalem’s civil society have not yet been studied empirically. This research project, commissioned by the Leichtag Foundation, aims to fill this lacuna, with this paper presenting the first part of a wider research project that aims to map civil society in Jerusalem.