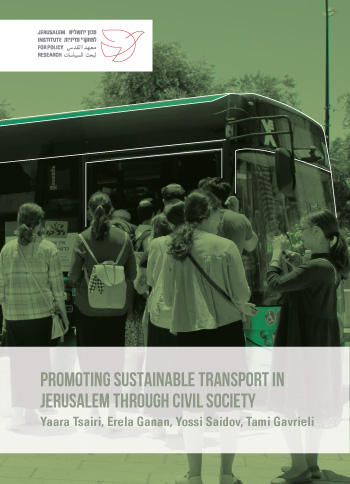 Public transport in Israel and Jerusalem: Disparities in services

Public transport in Israel is in a state of market failure. Consistently low investment in public transport for decades has led to large disparities between its supply and the tremendous demand, along with a critical need for improvement.

Jerusalem is home to over 900,000 residents. According to the 2017 Manpower Survey of the Central Bureau of Statistics, about 79,300 individuals commute daily to Jerusalem while every year the city hosts over one million tourists, nearly 80,000 per month. According to the Welfare Survey, 86% of Jerusalemites reported using public transport.

Over the next five years and in the coming decades we can expect to see huge state investments towards developing public transport in the Jerusalem region. The precise manner of implementing such institutional investments is not “etched in stone,” but may be influenced, improved, and discussed, so long as all activity proceeds through accepted channels and in a professional manner. Accordingly, civil society is presented with an opportunity to take part in designing transport and mass transportation services in the Jerusalem region.

civil society is a player that lies midway between the authorities and the public. As such, it is capable and indeed is charged with translating the wishes and needs of one side to the other. As the examples from around the world (in the second section of this document) show, civil society takes it upon itself to raise issues and advance solutions for them in the political and public realms including issues of planning, quality control, and institutionalizing criteria for good service with subsequent improvements.