A vision of sustainability to Israel - 2030

The goal of Sustainability Outlook 2030 was to present a vision of sustainability for the year 2030 towards which Israel should aspire, thereby enabling Israel’s decision-makers to understand existing trends, recognize any disparities in pursuit of the vision, and identify the appropriate routes to achievement of the vision.

A review of the last decade of government policy together with a review of the main issues which had been of concern to the leading environmental organizations revealed that policies and activities were often disjointed, changed according to the administration in office or to the source of funding available and did not add up together to a coherent long term framework within which all actors (whether government or non-government) could find their course of action and together promote long term goals. Typically policies and actions were generated by the identification of immediate concern or as a response to an issue regarded as critical at that point in time. It resulted in a disjointed response to crisis or a haphazard distribution of funds and effort according to a particular interest.

The project was initiated jointly by the Ministry of Environmental Protection and the Jerusalem Institute. It commenced in October 2010 and was concluded in June 2012.

Vision of Sustainability for Israel at 2030

The vision of sustainability presented here portrays an image of Israel in the year 2030 from the environmental, economic, and social perspectives. The creation of a vision includes developing different types of vision, beginning with a positive vision, continuing to a defensive vision, and concluding with a satisfactory vision. The positive vision aspires to the maximum, while the defensive vision identifies thresholds that must not be crossed. As such it is a minimal vision.

Israel of 2030 will be a country whose citizens reside in an environment that enables economic wellbeing, social resilience, and personal security while enabling active involvement in community life in all its various forms. It would be a country in which innovation and initiative would be promoted, as would vibrant city life, inclusion of all, and access to employment opportunities and services for all population groups. It would be a country in which economic growth is not accompanied by environmental degradation or continuously increasing material consumption. In 2030 the population of Israel will have a high quality of life but one that protects environmental resources for future generations and maintains ecosystem services of high resilience. 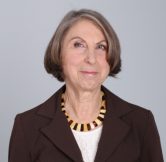 The Environmental Policy Center of the Jerusalem Institute for Israel Studies, as an external ‘think tank’, together with the Ministry of Environmental Protection, as the officia...

The purpose of “Israel Sustainability Outlook 2030” is to bring to the attention of decision-makers the implications of present and anticipated social-economic-environmental trends, formulat...
Projects That May Interest You
Urban Sustainability
Environmental Resources and Human Influences
Environmental Policy and Tools for Implementation
The transition towards a Circular Economy – Policy Tools and Business Models

Changing Lifestyles in Response to the Corona Pandemic

Valerie Brachya | The’ New Normal’: Governments seem to be missing the point. This is a moment of change which…
Link to source >

Subscribe to updates from the Jerusalem Institute : Events in Jerusalem ✔ Institute's Blog ✔ Geopolitics ✔ Environment and Sustainability…
Link to source >

The scenarios for Sustainability Outlook 2030 include Eco-innovation; De-materialization of consumption; Urban vitality; Resilience and more
Link to source >

Seven scenarios were developed for Sustainability Outlook 2030 – a “business as usual” scenario and six alternative scenarios.
Link to source >

Policies are suffering from inadequate and ineffective implementation. Frequently a single instrument is selected without consideration of its efficiency
Link to source >

During the Sustainability Outlook - Israel 2030 Project, experts were requested to identify trends in their field of expertise over…
Link to source >

Indicators that show affect on the state of environmental resources. Comparing three points in time: Yesterday (1990), Today (2010), and…
Link to source > 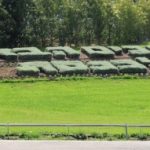