In order to resolve conflicts over holy places, complex knowledge is required.

Conflicts over holy sites have a complex, and essentially different nature than other territorial conflicts. This understanding has been gradually increasing among researchers in the past twenty years. A holy site has a deep meaning that combines beliefs, strong emotions, “sacred” values, and conceptions of self-identity. Consequently, in order to resolve conflicts over holy places, complex knowledge is required, which must include an understanding of the cultural, religious, social, and political significance of the holy site for each of the contesting parties as well as familiarity with similar conflicts in other places around the world.

Researchers who have studied the situation in holy sites that are shared by more than one religious group have emphasized in the studies the following variables for understanding the conflict: its nature, whether the conflict is over the right to conduct religious ritual or over control of the site, and the probability of resolving the conflict. However, most do not refer to the efficiency and effectiveness of the various tools for conflict resolution, such as whether preserving the status quo promotes a resolution, or whether the existence of a mechanism for dialog can help prevent the eruption of conflict or resolve them when they do occur.

The series of publications by the Jerusalem Institute for Policy Research about holy sites and the conflicts that break out in them is meant to add case studies to the body of knowledge regarding this unique topic. A special emphasis is placed on the research of the Temple Mount conflict and the holy sites in Jerusalem. 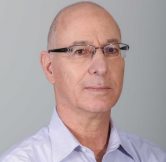 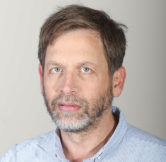 Islam, Jews and the Temple Mount: The Rock of Our/Their Existence

This study presents the first comprehensive survey of the abundant early Islamic sources that recognize the historical Jewish bond to the Temple Mount (Masjid al-Aqsa) and Jerusalem. Analyzi...

The legal status of the Temple Mount and the Western Wall derives primarily from the status of the area in which they are located: the Old City in East Jerusalem (as is well-known, the futur...

Symposium: Struggles over the Future of Jerusalem and Holy Sites

Symposium: Struggles over the Future of Jerusalem and Holy Sites: Rese...

Background materials on Israel's treatment of holy places in Jerusalem...

The American Embassy's transfer to Jerusalem: 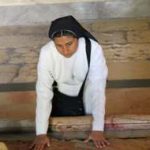 For many years, the Jewish people of Israel...
Link to source > 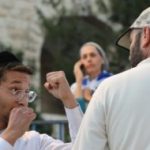 Controversial rituals like the flag march serve as tools in the dom...
Read >

Mughrabi Bridge was never intended to be a permanent walkway and en...
Read >