Main President Trump’s Plan – What does it mean for Jerusalem?

President Trump’s Plan – What does it mean for Jerusalem?

On Tuesday, January 28th, President Trump presented “Peace for Prosperity – A Vision to Improve the Lives of the Palestinian and Israeli People“.

As expected, Jerusalem is a significant component of the plan, and the chapter concerning Jerusalem (chapter 5) details a number of unprecedented changes in regards to Jerusalem.

Here are some of the highlights:

As noted in the map, the plan recognizes the Security Barrier as the division line between Israeli Jerusalem and what would be Palestinian Jerusalem.

This stands in contrast to the “Clinton Parameters,” according to which all the Arab neighborhoods would be part of the future Palestinian State.

Another interesting point is the suggested development of a Palestinian Special Tourism Zone in Atarot (North Jerusalem) with public transportation to provide easy access to and from the holy sites and the Old City. 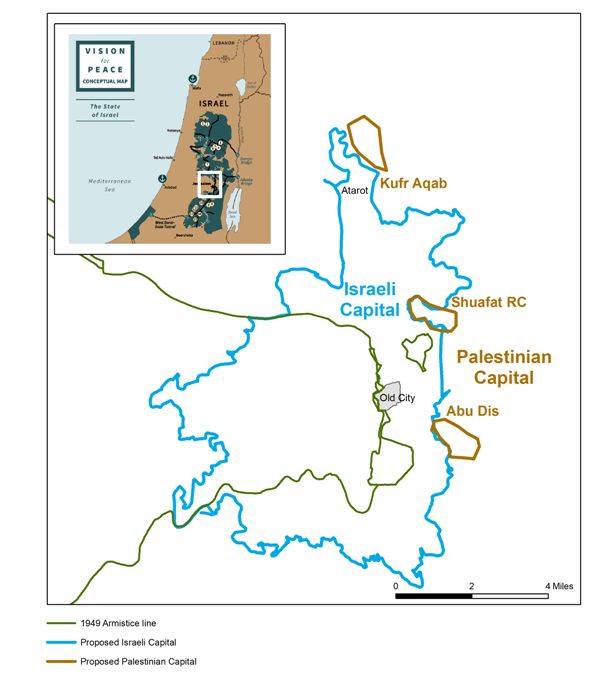 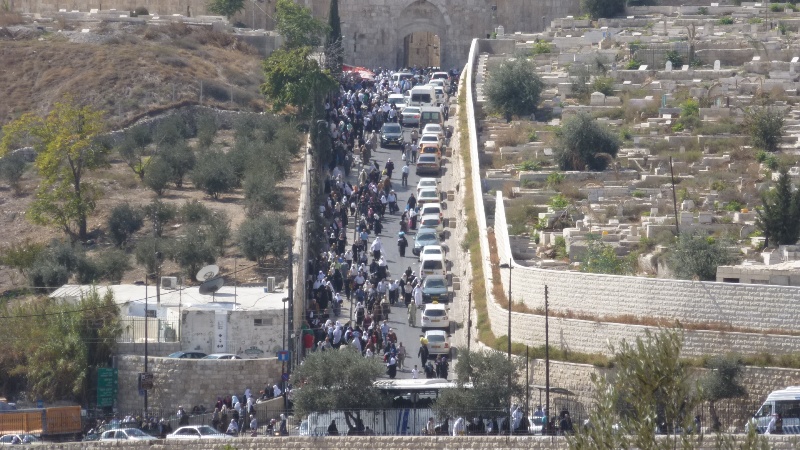 Following recognition of the unparalleled religious significance of Jerusalem to the three major religions, and a short historical review, the plan indicates that all of Jerusalem’s holy sites should remain under Israeli responsibility, while maintaining a religious status quo, particularly in regards to the Temple Mount. This represents a significant acknowledgment of Israel’s sensitivity in guarding Jerusalem’s Holy sites and keeping them open for believers and tourists of all faiths.

However, in the following paragraph, the plan holds a major change in the status quo, as it indicates specifically that people of ALL faiths should be permitted to pray on the Temple Mount. This is a dramatic change from the current status quo. As of today, non-Muslims may visit Temple Mount for touristic purposes, but only Muslims are permitted to pray and practice their religion on the site.

(Read more about the Holy sites and the status Quo – HERE)

The Arab population of Jerusalem today (i.e those who reside within the municipal border of Jerusalem) is estimated to be over 340,000 people, most of which have a residential status, with the option of applying for citizenship.

In the suggested plan, the Arab residents of Jerusalem will have one of three options:

Interestingly enough, the plan recognizes the unique identity of Palestinians in East Jerusalem, as it indicates that the Arab residents of these areas may want to maintain a political identity that is separate from either Israel or Palestine, and which allows them to take pride in their unique identity and history.

We estimate that approximately 90,000 (out of 120,000-140,000) people in Shuafat Refugee Camp and Kufr Aqab hold an Israeli residency. According to the plan they will not be eligible for the status options as listed above. We can assume that at least some of these 90,000 Arab residents will choose to relocate in the coming month into the Arab neighborhoods of Jerusalem which will remain in Israel.

Clearly, these are only initial highlights and we at the Institute will be following and analyzing the developments closely. Sign up to recieve more updates from us: