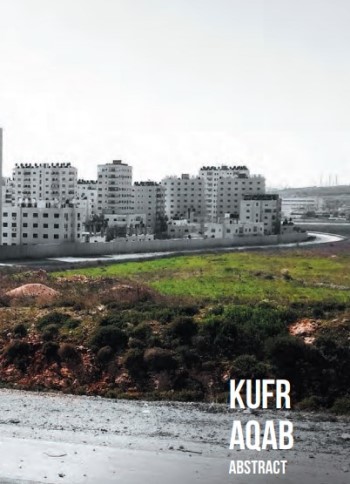 Kufr Aqab is one of the two largest Arab neighborhoods in North Jerusalem, located beyond the security fence (the other neighborhood is the Shuafat Refugee Camp) where we estimate that 61,500 people reside and where there are sufficient empty apartments to house an additional 15,000 residents (as  well as a further 200 apartments in eight buildings that are currently under construction and likely to provide housing for another approximately 1,000  residents in the near future). About 10,000 more residents live in the eastern section of the neighborhood, under the municipal jurisdiction of the Palestinian Authority.

Ever since a decade ago when it was moved beyond the fence, with respect to law enforcement Kufr Aqab has become a kind of no- man’s land, and especially in regard to the regulation of planning and construction laws. For this reason Kufr Aqab, including the sub-district of Semiramis  has become a center of construction characterized by new housing units sold at extremely low prices, in ten-twelve storey buildings that lack approved  construction plans and appropriate engineering supervision. This construction has essentially taken over most of the area and prevents the addition of  public spaces and public facilities. As a designated area for new residential construction, Kufr Aqab responds to the lack of building possibilities in all the  Arab neighborhoods of East Jerusalem and thus, in a round-about way, contributes to stability in East Jerusalem.