The degree of religious observance and age range affects how much television is watched across the country. Data indicates that lower ages and more observant Jews tend to watch less television on average per day. 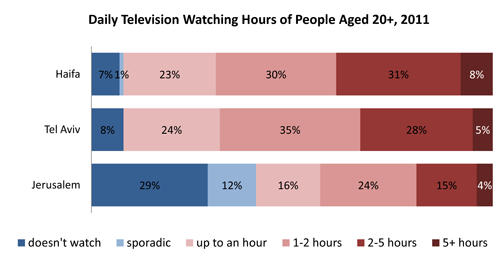 Sources: Analysis of data of the 2011 Social Survey , Data of the Israel Audience Research Board