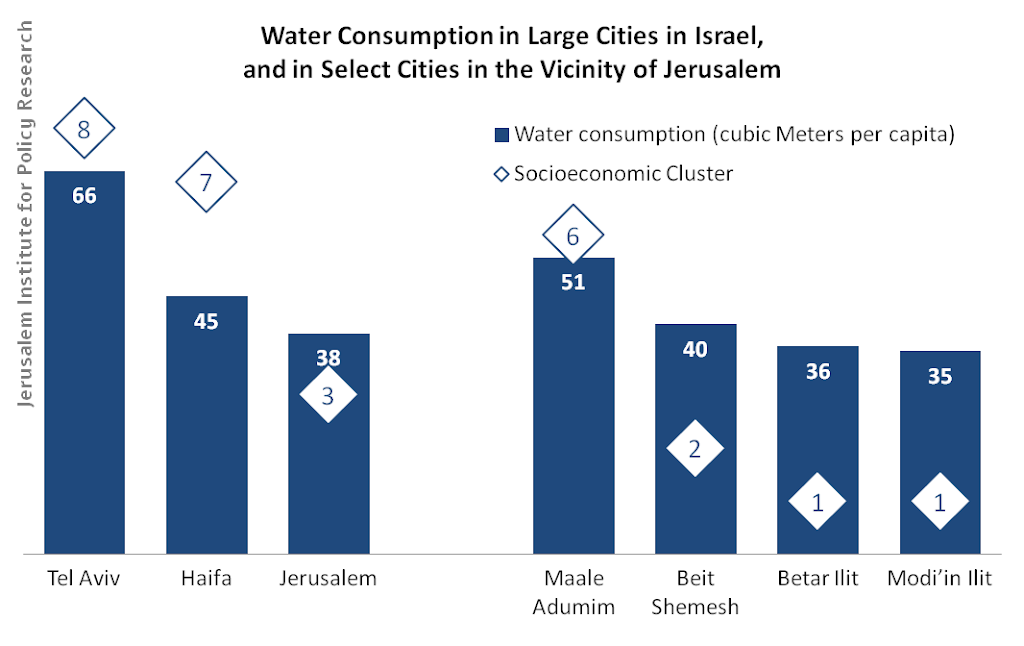 To test our hypothesis that the higher the socio-economic cluster, the greater the water consumption, we examined the data relating to all local authorities.

In the last ranking Jerusalem dropped from cluster 4 (in 2008) to cluster 3 (in 2013), and we checked where there was a correlation between the downgrade in its socio-economic cluster and its per capita water consumption. Based on data from the local authorities for 2006 and 2016, it emerges that there has been a decrease in water consumption in almost all local jurisdictions, with a 13% reduction in Jerusalem. In Kiryat Malachi and Ofakim, both of which also dropped from cluster 4 to cluster 3, water consumption decreased by 14% and 19% respectively. However, there was a decrease in almost all local entities, with no corresponding change in socio-economic levels. We may assume that water consumption is an indication of socio-economic status, but that additional factors, such as the national campaign to conserve water,

In Jerusalem, the assessment of water consumption also helps to estimate population size in neighborhoods beyond the Security Fence, which has undergone dramatic changes since the wall was authenticated, and one way to gauge the size of the population is via its water consumption. 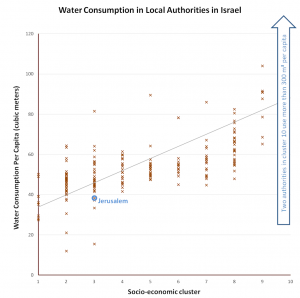