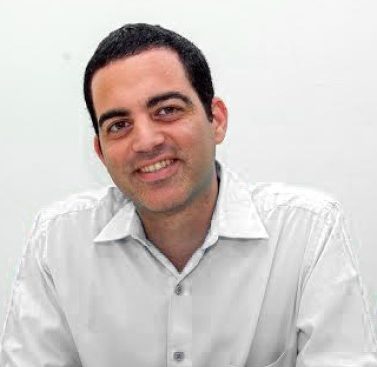 Dr. Aharon (Ari) Eitan is a researcher in the Society and Populations Team, focusing on the Haredi (ultra-Orthodox) society. He is also a research fellow at the Faculty of Law in the Hebrew University in Jerusalem. Besides researching Haredi society, his research deals with theology and modernity, literature, religion and state, and psychology and religion.

Aharon (Ari) Eitan is a certified rabbi and is a graduate of ultra-Orthodox Yeshivot, where he studied until deciding to enlist in the Israeli Army as a combat soldier. After his military service, he obtained general education and graduated with a bachelor’s and master’s degree in Law with honors. Eitan worked as a lawyer and later wrote a doctoral thesis in the Law Faculty at Tel Aviv University. While working on his doctoral dissertation, which focuses on the tension between religious and liberal worldviews, Dr. Eitan was a visiting scholar at Columbia University in New York.

In addition to his academic pursuits, Dr. Eitan is a social activist and writer. His books “Yedid Nefesh” [Beloved of the Soul] and “Be’Shem Ha’Tvuna” [In the Name of Reason] invoked discussion and won critical praise. “Yedid Nefesh” was awarded the Harry Hershon prize, granted by the Hebrew University’s Department of Literature. Recently his book “Israeli Ultra-Orthodoxy” was published by The Bialik Institute, and a psycho-theological thriller titled “Shoel Et Nafsho” [A Question of Religion] will be published soon.

Dr. Eitan is fluent in Hebrew, English and Arabic.