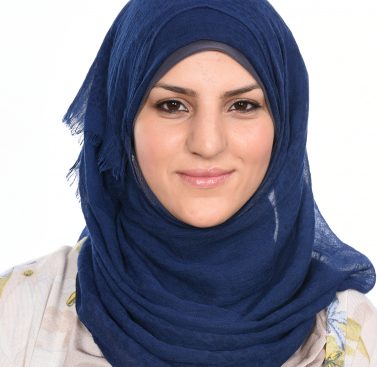 Maliha is an architect, researcher, and urban planner. She holds a master’s degree in urban planning from the Hebrew University in Jerusalem. Her thesis dealt with the issue of unofficial hi-rise construction in Jerusalem neighborhoods, which are beyond the separation fence. In this context she suggested the term “hi-rise slums”, being the first to use it to describe the phenomenon of buildings constructed for profit by entrepreneurs, without any prior planning, building permits, or appropriate engineering supervision.

She was formerly employed at ‘Bassam Alyan’, which is a leading architectural office in its field in Jerusalem, and worked on the planning of residential buildings and schools, issuing building permits, and preparing detailed construction plans.

Maliha joined the Jerusalem Institute at the beginning of 2019. She took part in two research teams, examining the level of municipal and government services in East Jerusalem and delineating the areas of operation there. This work is part of the Institute’s effort to formulate a socio-economic policy for the development of East Jerusalem, which is also part of the implementation of Government Decision 3790.