Arnona by Use in Israel

Main Blog Arnona by Use in Israel

Arnona by Use in Israel

Municipal property tax (Arnona) is one of the main sources of income of local authorities. We looked at data comparing localities in Israel by Arnona charge.

Municipal property tax (Arnona) is one of the main sources of income of local authorities, and its advantage is that it constitutes non-earmarked self-generated income, thus supporting the authority’s economic independence.

In 2018, Israeli local authorities charged their residents and businesses for a total of NIS 30.2 billion, or an average of NIS 3,400 per resident per year. About half of the charge (NIS 14.5 billion, or NIS 1,630 per capita) was given for residential property, and other major uses were offices, services & commerce (7.5 billion, 840 per person) and industry & crafts (3.1 billion, 350 per person). The authorities with the highest amounts were the major cities, namely Tel Aviv (3.3 billion), Jerusalem (2.9 billion), and Haifa (1.5 billion). Jerusalem was the leader in housing, and the total housing bill here was NIS 1.3 billion. All Arnona data are from “Local Authorities in Israel 2018” published recently by the Central Bureau of statistics.

Geographically – most of the billing seems to be in the central region. A particularly high property tax bill was recorded in the Tel Aviv and Central districts (NIS 5,070 and 3,630 per resident respectively). The highest charge, both residential (NIS 2,000 per resident) and non-residential (3,070) was recorded in the Tel Aviv District. In some of the districts, the charge for residential properties was relatively close to that of Tel Aviv (such as 1,890 in the Central District), but in the non-residential charge, none of the districts reached even NIS 2,000 per resident. This large gap is due to the abundance of the Tel Aviv District in workplaces that attract many employees from the other districts. 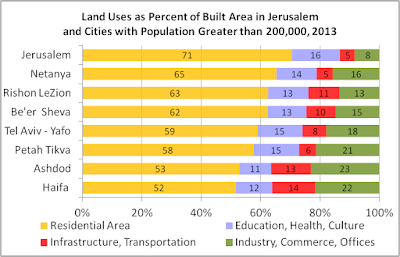 Temporarily Out of Use
By: Yoad Shachar
The combination of land uses within a city reflects its character.  How is land divided within a city?  What makes up the different areas of the land? ... 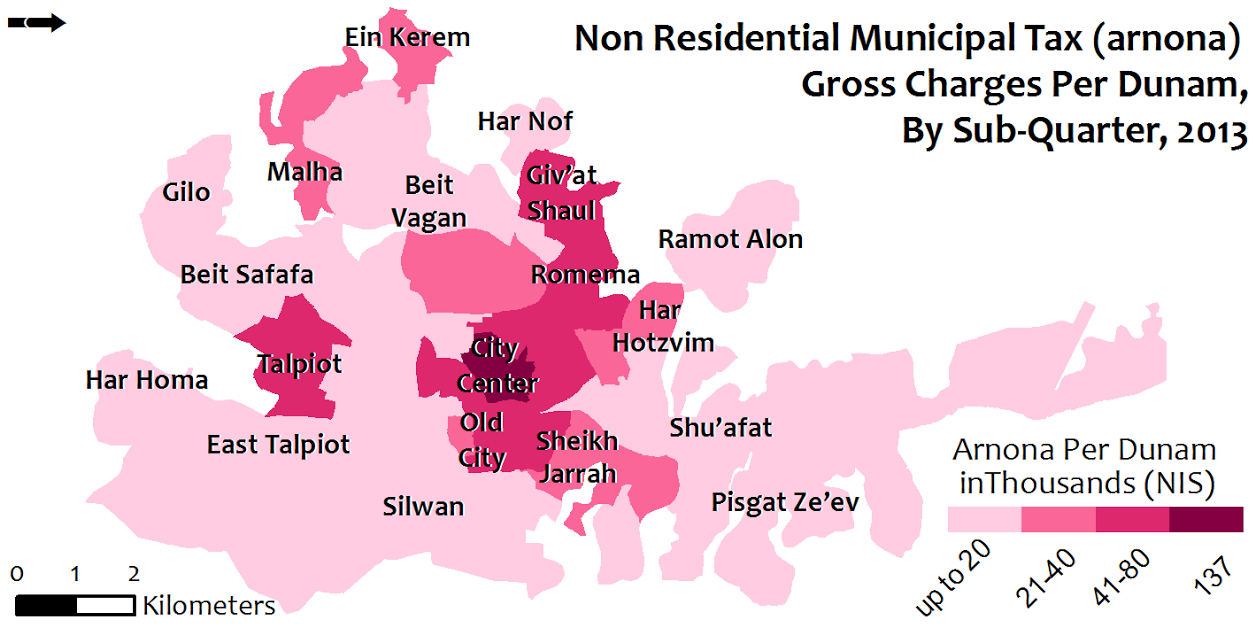 Municipal Tax and Municipal Profit in the City Center
By: Dafna Shemer
The “profitability” of an area in terms of the non-residential arnona it generates may be assessed by looking at the municipal income derived from this area in relation to the area’s built-up territor...