Segmentation of registrants for the 2022 marathon provides us with some interesting data on the age of runners – what is the largest age group among runners? Which age group makes up the majority in the short tracks and which in the long ones? 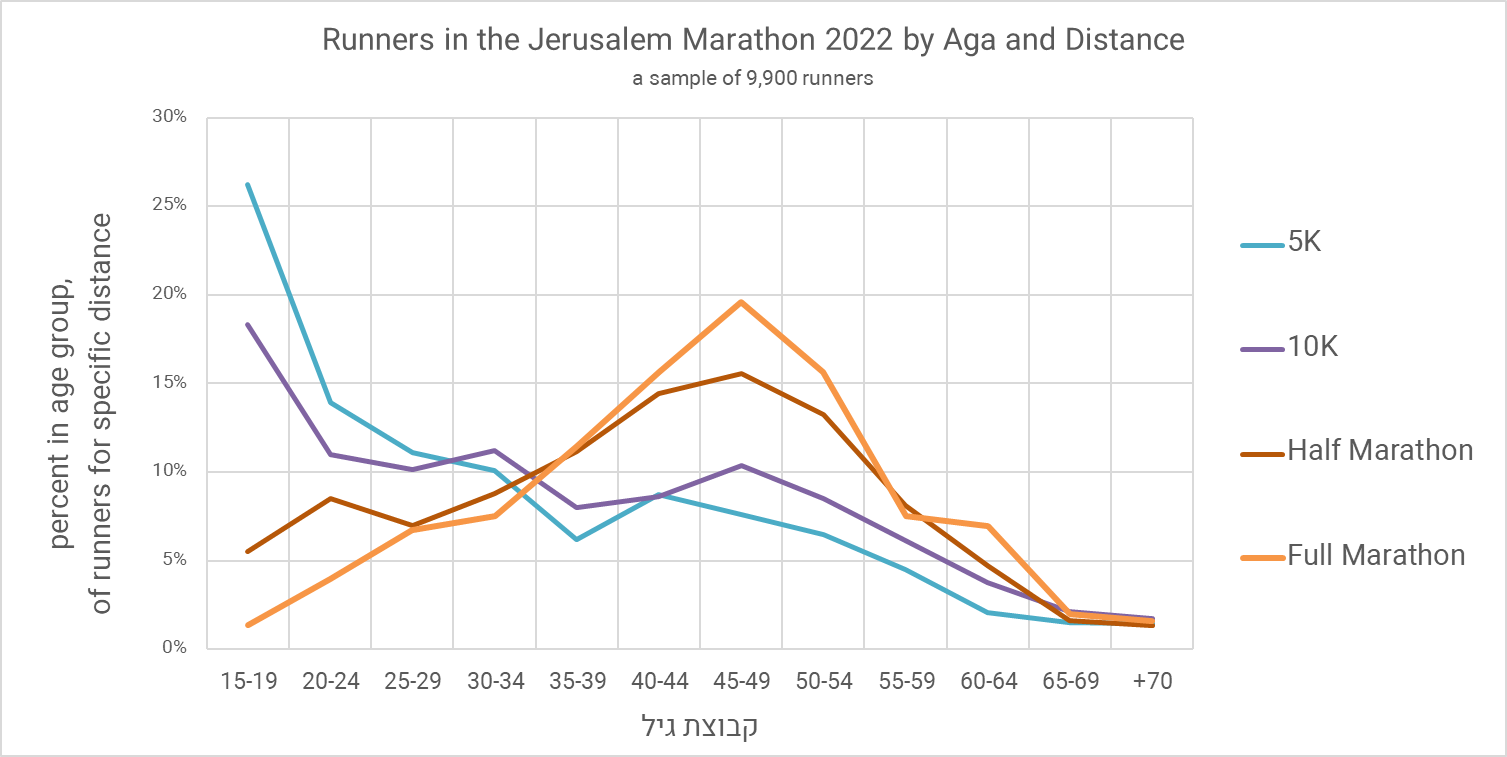 Older and younger will stand together tomorrow on the starting line, in cold weather and rain, to run together in the Jerusalem Marathon – here are some interesting data on the age of runners that arise from the segmentation of registrants for the 2022 marathon

The data is based on a sample of 9,900 participants out of about 14,000 runners who registered for the 2022 marathon. Note that these are registrants and not actual participants – we hope that the cold weather will not deter the runners and we feel great respect for those who will show up for the run despite the stormy weather.

We wish success to all runners in all age groups!