The “Sharon plan” celebrates 70, and seems to be a success

Israel’s first national outline plan was published 70 years ago. The young state’s first plan was called “Physical Planning in Israel”, but is usually referred to as the “Sharon Plan”, named after the planner, architect Arieh Sharon. One of the basic principles set out in the plan was population dispersal, with an emphasis on small and medium-sized cities, in an attempt to direct the population away from the major cities and the center of the country. On the 70th anniversary of the plan, and as the 73rd Independence Day approaches, we look at the dispersal of the population in Israel.

Today, the planning policy is very different from that of Aryeh Sharon, but to a large extent it can be said that his policy was a success. In 2019, only 27% of the country’s residents lived in the central districts, 37% on the main centers’ outskirts, and 36% in the periphery (including Israelis in the West Bank). The large centers lost half their weight at the time of state formation, while the periphery doubled its weight, but still not reaching the main centers’ outskirts, which in the meantime have developed into large centers.

Sharon’s emphasis on cities is also reflected in the data. Israel is characterized by a very high percentage of an urban population. Population living in urban localities generally enjoys a wider range of options in different fields, such as employment, education and culture, while the rural population enjoys other benefits. According to the World Bank and the United Nations, more than 92% of the population in Israel lives in urban localities, a very high percentage compared to the average in Europe and North America. In 1960, the percentage of urbanization in Israel was only 77% though even then a world leader. The 1960s and 1970s were years in which the percentage of urban residents in Israel rose sharply, reaching 90% in 1983. 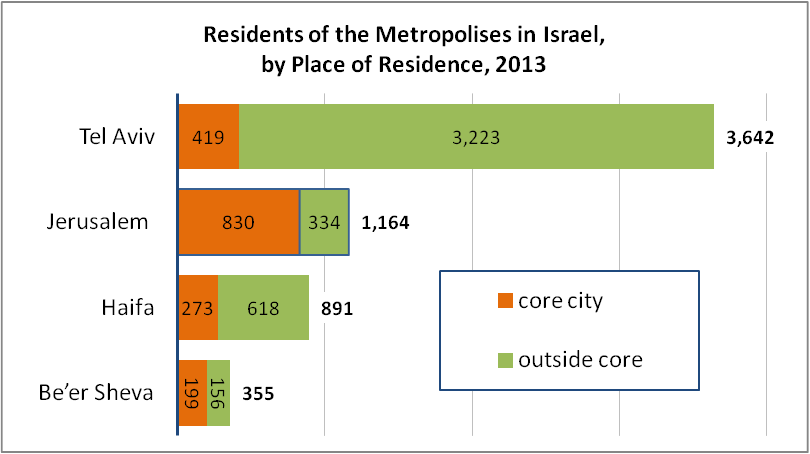 Metropolitan Jerusalem
By: Yair Assaf-Shapira
The intensity of relations with the metropolitan city determines whether a locality is defined as part of the metropolis or not. Recently, the Central Bureau of Statistics released new definitions for... 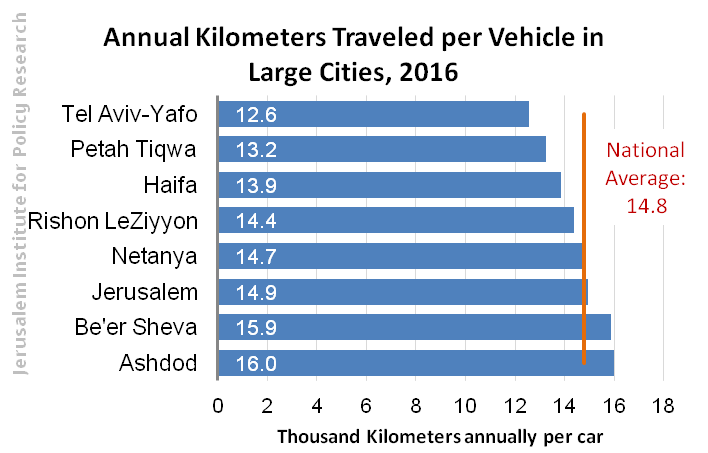 Filling Stations
The Ministry of Energy’s fuel station register records 1,199 gas filling stations. We would expect to find the majority of stations in rural or open areas, where there is more need for vehicular trave...