Sick? Injured? Get to your Health Fund

Main Blog Sick? Injured? Get to your Health Fund

Sick? Injured? Get to your Health Fund

A lack of winter months caused immense sickness to people in Israel at the end of 2017.  Sickness affected both the children and the parents of families.  The winter, or more precisely the lack of winter, and the accompanying dryness, made their mark on the parents and children who suffered together. 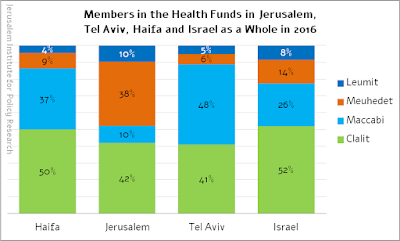 The final months of 2017 were tough on the health of the people in Zion. The winter, or more precisely the lack of winter, and the accompanying dryness, made their mark on the parents and children who suffered together. The frequent flus, and the viruses and germs that never let up and were constantly on the attack, wore everyone down. According to an article by Rotem Elizera published on Ynet (in Hebrew), they caused an increase of 10 percent in the sick days taken by workers in Israel, in comparison to 2016.

And so, where do you go when you’re sick? To the clinic. According to law, every Israeli resident is entitled to health services, which are provided by the health funds. The National Insurance Institute (NII) transfers money to the health funds according to a key that is determined by regulations, in addition to payments for broader coverage, operations, treatments, etc. Therefore, all the health funds endeavor to attract new members and to increase the cost of the coverage that each member pays for.
There are four health funds in Israel. According to the periodic report published by the NII, the number of members in health funds at the conclusion of 2017 was close to 8.5 million. The report reveals that Clalit has the most members, with approximately 5 million (54% of all the members of health funds), Maccabi has about 2.2 million (25%), Meuhedet has 1.1 million (12%), and Leumit approximately 714,000 (8%).

Among the large cities (100,000 or more residents), those where the majority of residents were members of the Clalit health fund were Beersheba (61%), Petah Tikva (with 55%), and Haifa (50%). Maccabi is the favorite in Holon, Bnei Brak, and Tel Aviv, where 48% of the residents in each of those cities belong to Maccabi. The highest percentages of members of Meuhedet were recorded in Beit Shemesh (44%) and in Jerusalem (38%), perhaps due to the fondness of the Haredi community for that fund. The numbers for the Leumit health fund are the lowest, and at their highest only reach a little over 17% in Ashdod, Netanya, and Beit Shemesh.

It is interesting to note that while the number of members of the Maccabi health fund in Tel Aviv is nearly half that of all the members of health funds in the city (48%), in Jerusalem the rate of members in that fund is the lowest among all the big cities, coming in at only 10%.