Together all the way

Main Blog Together all the way

Together all the way 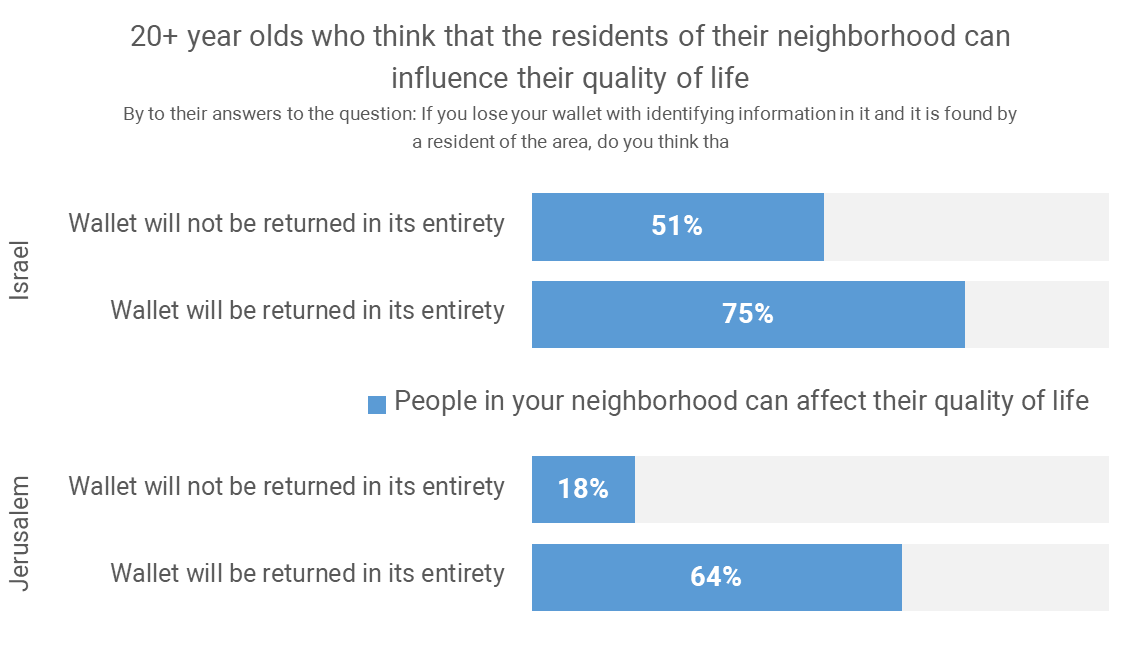 Let’s assume for a moment that you lost your wallet and someone from your neighborhood found it. Do you think your wallet will be returned to you with everything that was in it?

This question was posed in the social survey conducted by the CBS in 2021, with the aim of examining the degree of solidarity in Israeli society. The survey found that a high percentage of Israelis, 76%, (above age 20 years) assumed that the wallet would be returned without anything missing.

In a geographic segmentation of the data, differences do arise; while in the large cities – Jerusalem (64%), Tel Aviv (71%) and Haifa (68%) – the numbers were lower, but in the smaller towns, where people are more likely to know each other, the number of people who expected their wallet to be returned intact, was higher. Among the Haredi population, too, both in Jerusalem and in Israel in general, the percentage was higher and stood at about 90%.

Can we derive insight from this on social attitudes among Israelis? It turns out that we can. That same survey, one of whose topics was quality of life, also dealt with the degree to which residents feel they can have an impact on their own quality of life. 69% of Israelis thought that in their area, residents can have an impact. Furthermore, although in larger cities residents seemed to believe they would not get their wallet back, but as far as belief in their ability to impact quality of life, they are among the highest in Israel. In Tel Aviv (73%) and in Haifa (83%) relatively high percentages were seen, while in Jerusalem, there was a significant difference between the Jewish population, where a large portion (73%) answered positively, and the Arab population of the city, where only 13% thought they could impact quality of life.

Although we cannot conclude which factor affects which, there does seem to be an association between the degree of inter-resident trust and their ability to impact quality of life favorably.

Are Jerusalemites Happier?
By: Shira Nachmani
90% of Jerusalem residents report that they are satisfied with their lives. On the surface, this appears to be wonderful news for the united city, but a deeper look at the data reveals that unlike in ... 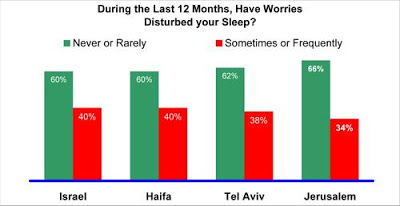 Don't worry be happy
By: Aviel Yelinek
The 2010 Social Survey of the Central Bureau of Statistics questioned individuals aged 20 and above about the stress and worry they feel in the course of their daily lives. The questions focused on th...