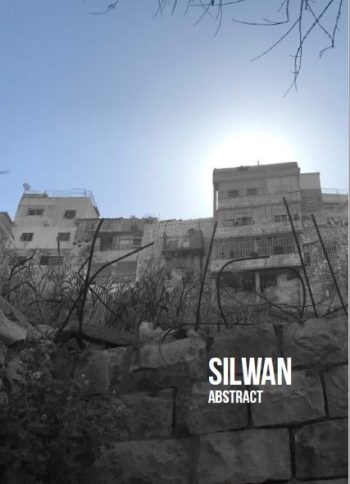 This study is part of a series of studies on Arab neighborhoods in East Jerusalem, conducted by the Jerusalem Institute for Policy Research. The aim of the studies is to produce a profile of the society and  infrastructures of the city’s Arab neighborhoods in a range of areas, in order to promote informed,  proactive efforts to improve the quality of life for East Jerusalem’s residents. In addition to describing the situation, the studies are aimed at identifying mechanisms for growth and development that will improve the socioeconomic conditions of these neighborhoods and villages. We believe that research combining  practice with policy recommendations provides a basis for rectifying social and political injustices, with a  view to creating a properly functioning city for all its residents. Our research methods include fieldwork, in-depth interviews with residents, the use of official authorities’ and research institutes’ databases, and  roundtables with the participation of neighborhood, municipality, and civil society representatives.

Silwan, located south of the Temple Mount, has a population of approximately 20,000 residents, 500 of whom are Jewish. The neighborhood, which is part of the city’s Historic Basin, has historical and archaeological  importance.
The City of David (Wadi Hilweh) was the nucleus from which ancient Jerusalem grew. The necropolis of  Jerusalem during the First Temple era constituted the foundation on which the village of Silwan was built, on  the slopes of the Mount of Olives. Thus, the importance of the neighborhood’s tourist potential should not be underestimated.
At the same time, Silwan is a poor, crowded neighborhood lacking in physical infrastructures and public institutions. Moreover, there is tension between the efforts to develop tourism around the City of David –  among other means by developing the Kedem Compound (a large visitors’ and commercial center) and  implementing plans for a cable car – and the dire situation of the neighborhood and its infrastructures. The  neighborhood lacks a unified leadership, and the community center established in 2015 to serve the neighborhoods of Abu Tor, Silwan, and Ras al-’Amud is barely functional because the residents associate it  with the municipality and refuse to work with it. Cultural activities are coordinated by local Arab non-profit  associations. In addition, the Jerusalem Walls National Park (adjacent to the walls of the Old City) includes  large tracts of land from Silwan, which makes it difficult to pursue planning and construction in the  neighborhood, where many homes are built without permits or regulated planning.