About the City’s Preservation Registry

In Jerusalem, preservation is one of the fundamental building blocks of urban planning and is manifested in every master plan prepared for the city. This has been so from the start, beginning with the first plan prepared by the British William McClean in 1917, which set the principle of preservation of the Old City by creating strips of vegetation around it. Preservation policy holds true for all four, subsequent Mandatory master plans and in all the Israeli plans for Jerusalem – including the last one, the 2000 master plan.

The Jerusalem Institute for Policy Research has been involved in editing and updating the city’s preservation registry since the first list was prepared in the Jerusalem master plan of 1968. The list was revised and updated for the municipality by the Institute in the 1990s. The Institute has prepared a policy outline for preservation in the city, which has appeared in a new book “Old Versus New in Jerusalem”. It has also prepared a paper on the work in the Kidron Valley, which includes numerous sites for preservation around the Old City. The book has been used in broader planning work, in which the Institute played a major role.

The Institute was among those who initiated the idea of a “Sustainable Jerusalem”, whereby an organization was founded that adopted the principles of preservation in the city. In later stages, a group of urban planners and architects developed, under the auspices of the Jerusalem Institute, the principle of the “historic city”, according to which the Mandatory area of the city was declared an area in which sites and neighborhoods must be subjected to rigid principles of preservation.

The principle of the “historic city” was integrated into the 2000 master plan for the city as part of the preservation section, and since then has served the municipal planning committees in their development of the aforementioned space. In 2011, the Jerusalem Institute for Policy Research prepared a detailed preservation registry for the northern neighborhoods (Morasha, Mea Sha’arim, Geula, Achva, Zikhron Moshe, and Yegia Kapaim). Throughout the years, the Institute has conducted numerous public conferences on the issue of preservation, which were mentioned in the written and visual media, and continues to follow the issue to this day.

The Upper Kidron Valley contains most of Jerusalem’s historic landmark sites and many of the holiest sites of the three monotheistic religions – Judaism, Christianity and Islam. The ar...

This report is the product of a collective endeavor by a small group of professionals in the field of urban preservation. The report presented here contains the forward and the summary of th...
Projects That May Interest You
Sustainability Outlook 2030
Urban Sustainability
Mapping East Jerusalem Neighborhoods

Preservation in Jerusalem: Where Are We Headed? 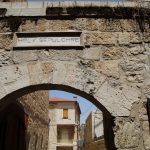 The ancient Holy Sepulchre has long been a source of tension betwee...
To U.S. News & World Report >

It Belongs in a Museum!

In the past, archaeological findings discovered in Jerusalem would be displayed in small exhibit halls primarily in the Old City’s…
Link To Blog >

It's time to raise the curtain

How does the theaters in each major city compare to one another?  How successful can the Khan Theatre in Jerusalem…
Link To Blog >

Establishing parks, gardens, and inviting spaces will increase the quality of life for those residents.  However, Jerusalem needs to catch…
Link To Blog >

Why is there a lack of housing in Jerusalem?  Will there be a continuation of construction of apartments?  Planning is…
Link To Blog >