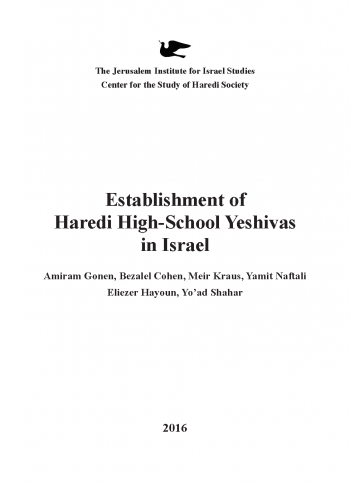 A Change in the Status Quo?

The topic of Haredi education and core studies reached the forefront of the Israeli public discourse during July 2016, in regards both to the Jerusalem municipality and the nation. The issue garnered great attention both within the Haredi community and beyond it. One can learn much from the public discussion on the potential implementation suggested in this report of the establishment of Haredi high school yeshivas and on the challenges involved in doing so.

The recent happenings point to the increasing trend of Haredi parents requesting to send their children to schools that offer full core curricula. Evaluation of the political stance of the Haredi leadership, as it was expressed in this recent conflict, exposes that this leadership is strongly object to forced incorporation of the core curriculum in Haredi educational institutions. Still, it is unclear if this political leadership will also object to the provision of an alternative option for Haredi parent who which to send their children to such schools, especially when among the Haredi public there is an open and clear demand for a core curriculum in Haredi education.