Main Publications A Fence Around Jerusalem 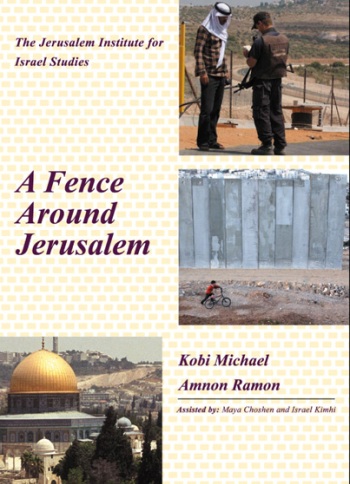 The present document is the first in a series of planned research papers on the subject of the separation fence and Metropolitan Jerusalem. Its aims are to analyze the decision-making process underlying the fence and its route, with the focus on mapping and elucidating the main problems that have already arisen and that are likely to arise in the future. In the concluding section of the paper we set forth three possible sequences of events in the situation of a fence around Jerusalem. Finally, we offer initial operative recommendations.

The Security Fence as a National Security Issue

In April 2002, following a lengthy series of brutal terrorist attacks, the Ministerial Committee for National Security, headed by Prime Minister Ariel Sharon, decided to establish a security fence between Israel and the West Bank. Two months later, the government authorized the route of the fence as proposed by the security establishment, between Sallem, in the northwest area of the West Bank, and Kafr Kassem, as well as two sections in the Jerusalem area. Three major sections have been completed since work began in August 2002: the central section between Sallem and Elkana, constituting the main part of the fence; the northeastern section, in the Mount Gilboa region, between Sallem and Kibbutz Tirat Zvi; and two sections in the south and north of Jerusalem. In addition, parts of the obstacle were built east of Jersualem.

Both the decision-making process with regard to the fence and the geographic reality and the political consciousness it has created reflect the problematic and complex nature of decisions concerning national security in Israel. More specifically, this enormous project will have far-reaching consequences for the mutual relations between Israelis and Palestinians and between Israel and the Palestinian Authority, in the shadow of the ongoing violent confrontation between the sides.

In light of the fact that the Jerusalem fence project is the most significant Israeli undertaking in the city since 1967, the Jerusalem Institute for Israel Studies decided, in the spring of 2003, to examine the consequences and implications of the route of the fence around Jerusalem. In this connection, a special research team (consisting of Israel Kimhi, Maya Choshen, Amnon Ramon, and Kobi Michael) was established to study the tangled issue.