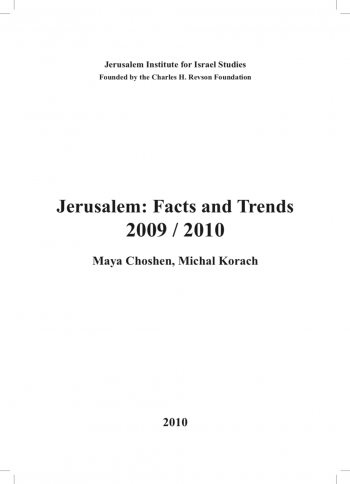 Jerusalem Facts and Trends is one of the Institute’s premier publications. It is an accessible guide through which anyone from a variety of fields can find useful information on Jerusalem. The publication analyzes the complex reality that is ‘modern Jerusalem’ and examines the area, the diverse populations that inhabit the city, employment, education, construction and tourism. The data used in the publication is largely drawn from the Institute’s Statistical Yearbook of Jerusalem, published annually.

The Jubilee Plan for the Economic Development of Jerusalem: Systems of Indicators

The Jubilee Plan is a government program that extends the development plans for ...
Link to source >