The previous session, the first in the training series, was dedicated to the challenges of density, planning and urban renewal in Jerusalem. This session, the second in the series, addresses Jerusalem’s mixed-shared spaces. Jerusalem is known to be not only the largest city in Israel, but is also the one with the most communities, which share public and non-public municipal spaces. To illustrate – Jerusalem has more Haredi Jews than Bnei Braq, and more Arabs than Umm al-Fahm.

Similar to mixed cities around the world, the central challenge facing Jerusalem today is how to maintain the delicate balance between the recognition that as a mixed city Jerusalem requires focus and consideration for the particular varied needs of each and every community living in it, and the growing need for public spaces that encourage containment, positive intercultural interaction and cooperation between (and of) different ethnic and religious communities. In this session we have sought to expose the participants in the forum to a subject that in our view – especially considering the forecasts for future demographic density – is critical for favorable management of the city.

Then, Dr. Marik Shtern, research associate at the Jerusalem Institute, gave a talk on “Shared spaces and meeting points in Jerusalem”. Marik presented a survey of the key processes and changes in Jerusalem’s urban space, and the different implications of increasingly mixed spaces among Jerusalem populations.

After the talk, a discussion was held with Avi Sabag, founder of the Musrara School of Photography, on the history of the Musrara neighborhood, the ‘Black Panthers’ and the founding of the School of Art and Society in the neighborhood that serves as a shared meeting space for different communities.

At this point, participants broke up into three groups for a workshop with teachers from the Musrara School of Photography. The workshop was entitled “Spaces through the camera’s lens”. Participants learned and practiced different techniques of photography for observing a space, the people in the space and the relationship between them – as this is reflected by the camera’s lens. The workshop concluded by reconvening in the auditorium, where the artifacts of the workshop participants were presented to all.

After a lunch break, training ensued with a panel entitled “Shared spaces in Jerusalem”, moderated by the journalist Kobi Arieli, with the participation of –

The panel participants are key Jerusalem figures, institutional administrators representing the shared space for the different communities of the city – institutions of higher education, hospitals, mixed neighborhood living, etc. The panel participants presented insights from their work as administrators of shared space, and shared with the audience the dilemmas and challenges they face, for example, during times of security tensions, as administrators of the space in which individuals from different communities with different needs come together to work and use the space.

At the conclusion of the training session, Nitzan Faibish, who directs the executive training program and is a researcher on the Society and Populations team at the Jerusalem Institute, gave the closing address. 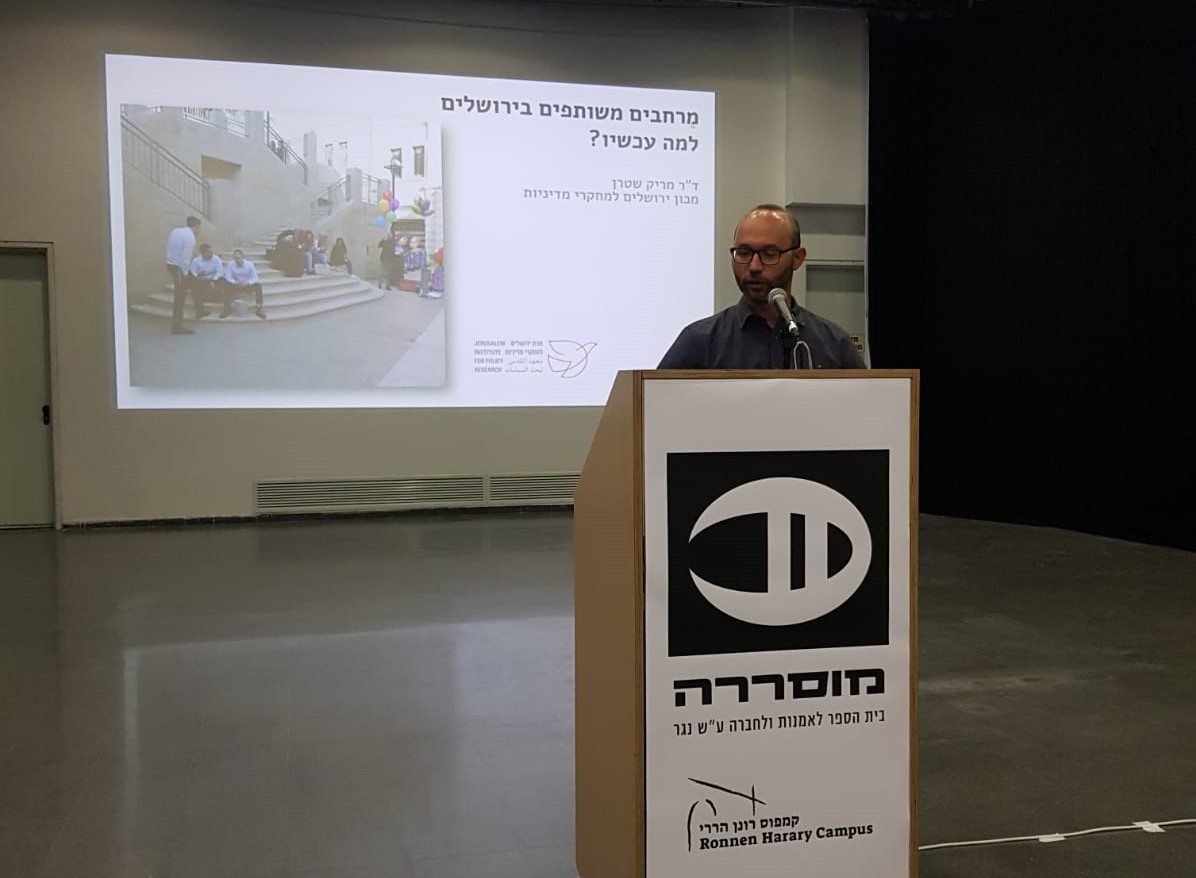 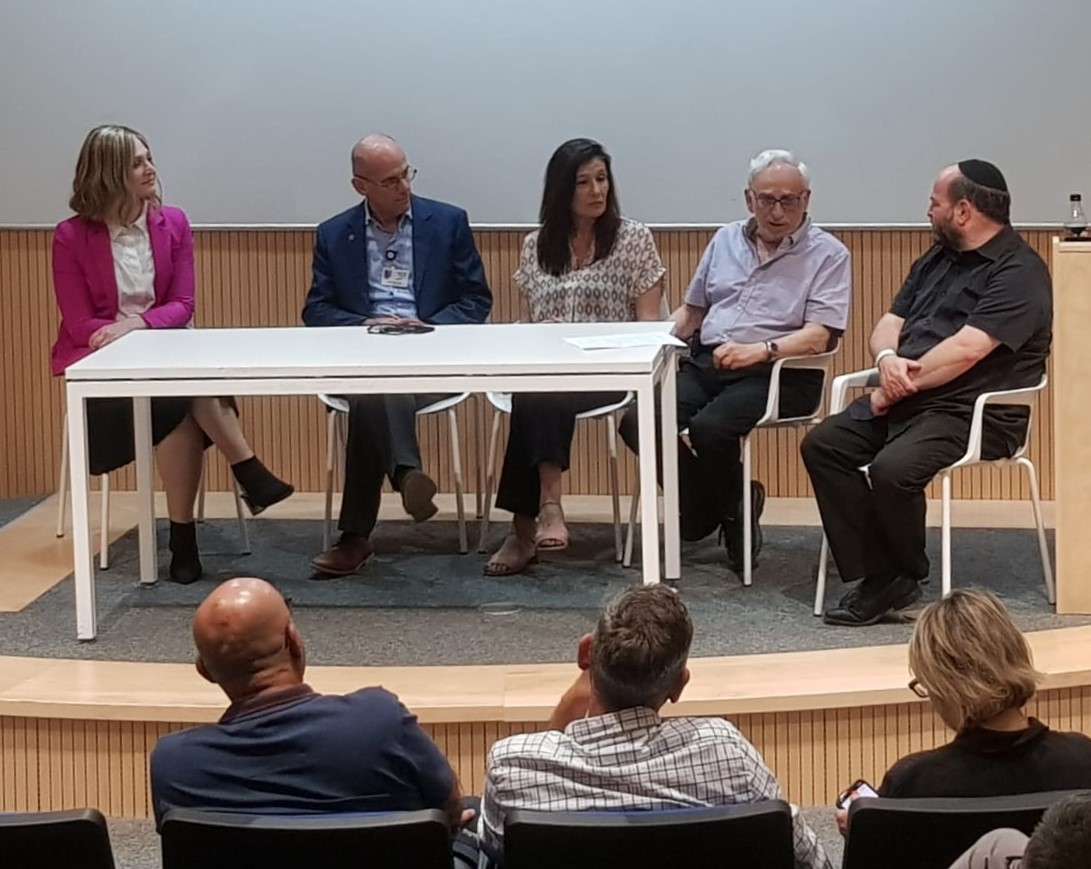 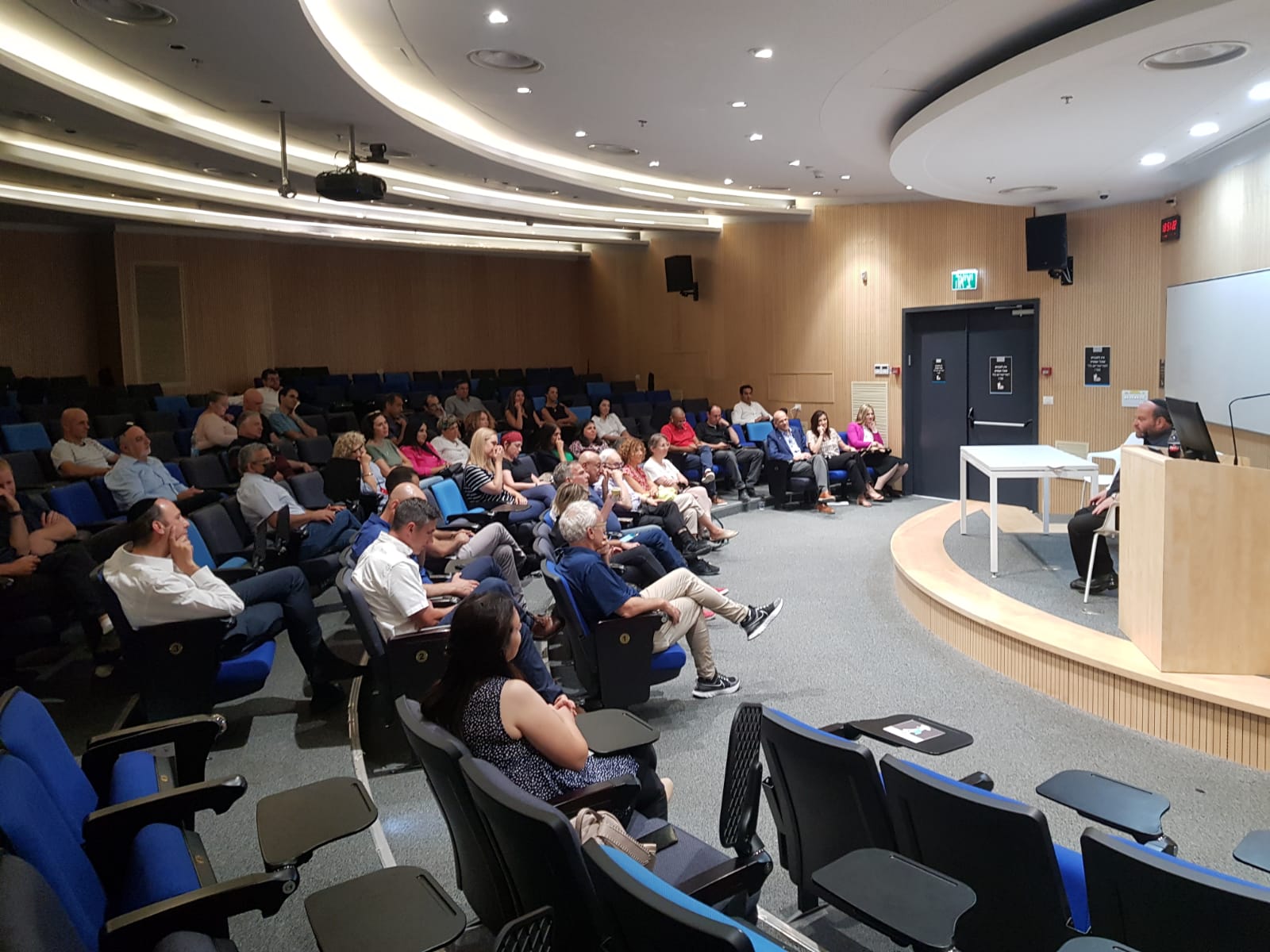 9:00 AM | Welcome and breakfast at the Morasha Community Administration

10:00 AM | “The People Who Make Jerusalem” – Avi Sabag, founder of the Musrara School of Photography

10:15 AM | Photography workshop “Spaces through the Camera’s Lens” with Musrara teachers, and presentation of workshop artifacts

1:30 PM | Interactive panel discussion on |Shared Spaces in Jerusalem” moderated by the journalist Kobi Arieli, with the participation of –