The first session of the training program was devoted to urbanism and urban processes of development and renewal. Urbanism in Jerusalem has a dual dimension:  Jerusalem – the “earthly city”, in which the diversity of residents and components conduct their daily lives, and the “heavenly city”, a global religious, spiritual, cultural and historical icon, also serving as a source of inspiration and target space of influence. In the course of the day we surveyed the urban processes that have been taking place in the city, while examining the prominent foci of change in the past and in the present; we held discussions with different field representatives on the human and community angle of processes of urban renewal, culminating with a panel session of experts on “A future city”.

The day opened with a “Commedia dell’arte” workshop – a get-acquainted and team-building workshop based on street theatre originating in 15th century Italy. The workshop was run by Asi Shimoni, an actor with the Psik theatre.

This was followed by a guided walking tour through Nachlaot, focusing on the neighborhood’s history and current urban processes taking place there. The tour began at the Mazia House with the story of the doctor who advised Eliezer ben Yehuda, and continued with a visit to the Batei Goral neighborhood, in which 13 apartments became a rescue enterprise for Yemenite Jewry, and on to the Batei Rand neighborhood with vestiges from a golden age of artisanship that has been nearly erased from history. The tour concluded in the ‘Jaffa 97’ gallery with a JNF-sponsored exhibit of Jerusalem photographs from the 1920s.

The day proceeded with another walking tour – “Heading downtown” – focusing on urban development in Jerusalem’s city center, led by Dr. Marik Shtern, research associate at the Jerusalem Institute for Policy Research. The city center and its rise, fall and transformation were discussed as part of the tour. It also addressed processes of economic change, local politics and urban planning that shaped the standing and function of the city center. The tour began at the Talitha Kumi gate, continued toward Zion Square via the Ben Yehuda pedestrian mall, and proceeded to the Russian Compound, then on to the Jaffa Road / Straus “X” intersection via Hanevi’im Street.

After the tours, an expert panel discussion was held on the topic of urban renewal in Jerusalem as reflected by its populations, moderated by Dr. Hava Erlich, Head of the Planning, Urbanism and Sustainability team at the Jerusalem Institute for Policy Research.

Erlich first spoke on the need for designing a new strategy for planning future dense cities that are good to live in and are ready for the challenges of density, the climate crisis and lifestyle changes, along two axes – “what to plan” and “how to plan”.  On the question of “what to plan”, the novelty is in identifying the components of a “good future city”, which unlike today’s cities, will need to face complex issues pertaining to housing, employment, traffic, education and leisure in a dense environment challenged by climate and undergoing rapid change. On the question of “how”, the novelty is in identifying optimal planning tools for executing a complex task, such as collecting and managing huge quantities of data, methods of analysis and decision-making including public involvement, four-dimensional modeling, continuous update and synchronization of planning. As an outgrowth of these, regulation and division of labor in the public sector must also be addressed, as well as the role of the public in the planning processes.

Dr. Dorit Garfunkel, urban planner and attorney. Garfunkel spoke about the considerable challenge of maintenance for residential towers, and the tools for coping with it. By law, responsibility for maintaining such buildings rests solely with apartment owners. The local authorities have little authority to get involved with the inner dealings of the houses nor do they have tools for forcing apartment owners to conduct required maintenance work. But although building maintenance is a private matter, the consequences of defective maintenance have sweeping consequences and their impact goes far beyond the tower walls. The more the tall structures are neglected and the fewer the resources available to the residents for maintenance expenses, the higher the burden and risk that lies on the local authority. The talk essentially dealt with development of a ‘stability index’ – defining indicators for measuring the resilience of towers that exceed a height of ten stories in the city. Developing such an index will allow ongoing tracking of the condition of city structures, identifying economic trends of change in function and maintenance of city towers and the status of their residents, identifying ‘vulnerable’ structures with risk potential that need special attention by residents and the municipality and to offer tools to minimize damage.

Prof. Rafi Rich, architect, lecturer at the Department of Geography at the Hebrew University and owner of SuiTS, a company which has been advancing innovation in urban planning for many years. Rich focuses his efforts on the concept of the “smart city” and urban informatics.

Yoel Even, Jerusalem city engineer. Even responded to the panel and presented the efforts of the Jerusalem municipality across the full range of the city’s growth and development, with consideration for preservation and its ramifications in the city. Jerusalem is in the midst of considerable urban growth, expressed in the planning and construction processes taking place throughout the city, and in innovative work processes and precise citywide and neighborhood renewal projects. In his talk, he drilled down into details of the planning layers, which are analyzed and developed both separately and cumulatively in the areas of construction, overall plan, the public skeleton, employment and commerce, culture and community, and how all the different perspectives come together to form a picture of current and future urban development for Jerusalem.

After the panel, Nitzan Faibish, who directs the executive training program and is a researcher on the Society and Populations team at the Jerusalem Institute, gave the closing address. 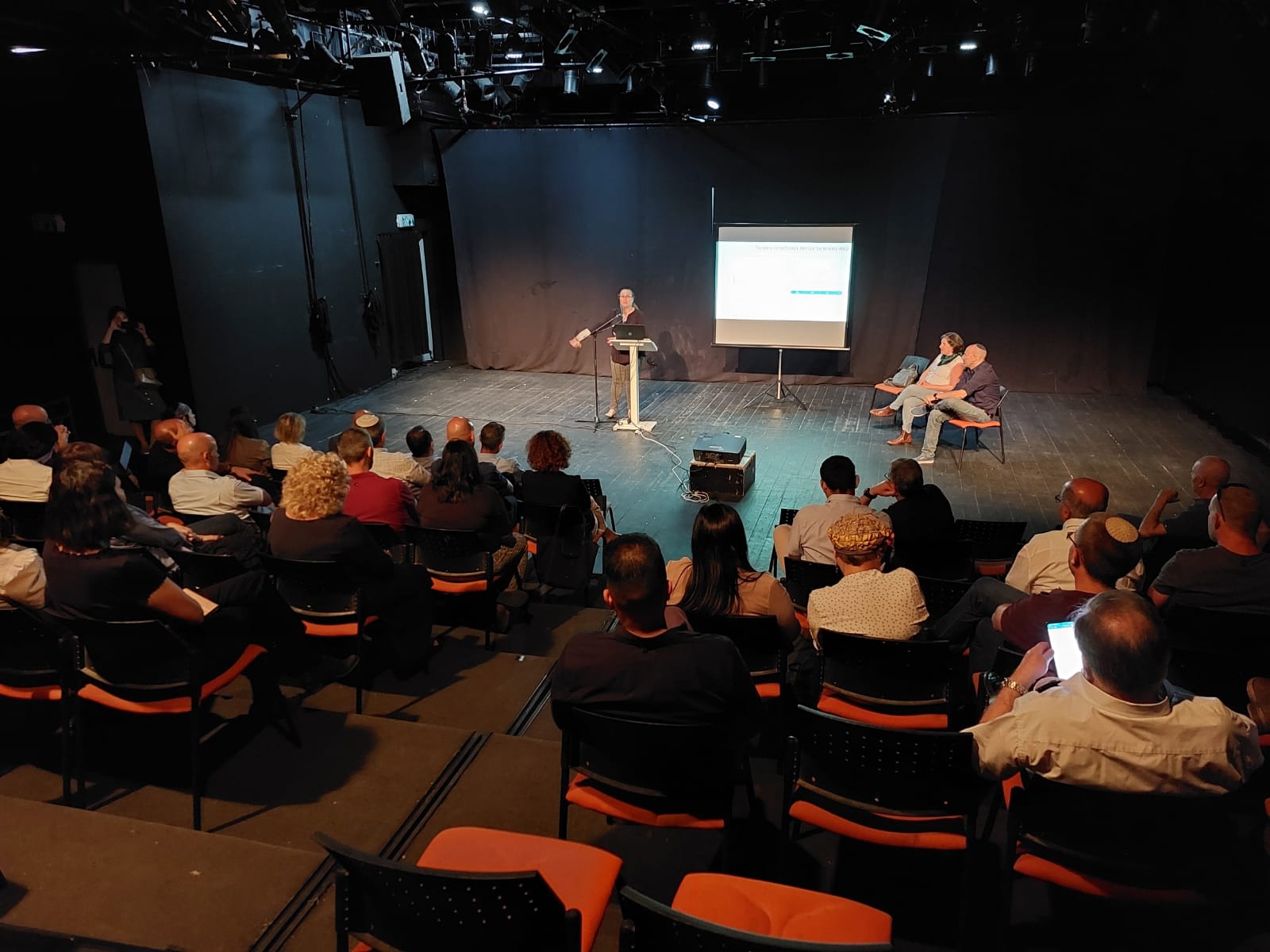 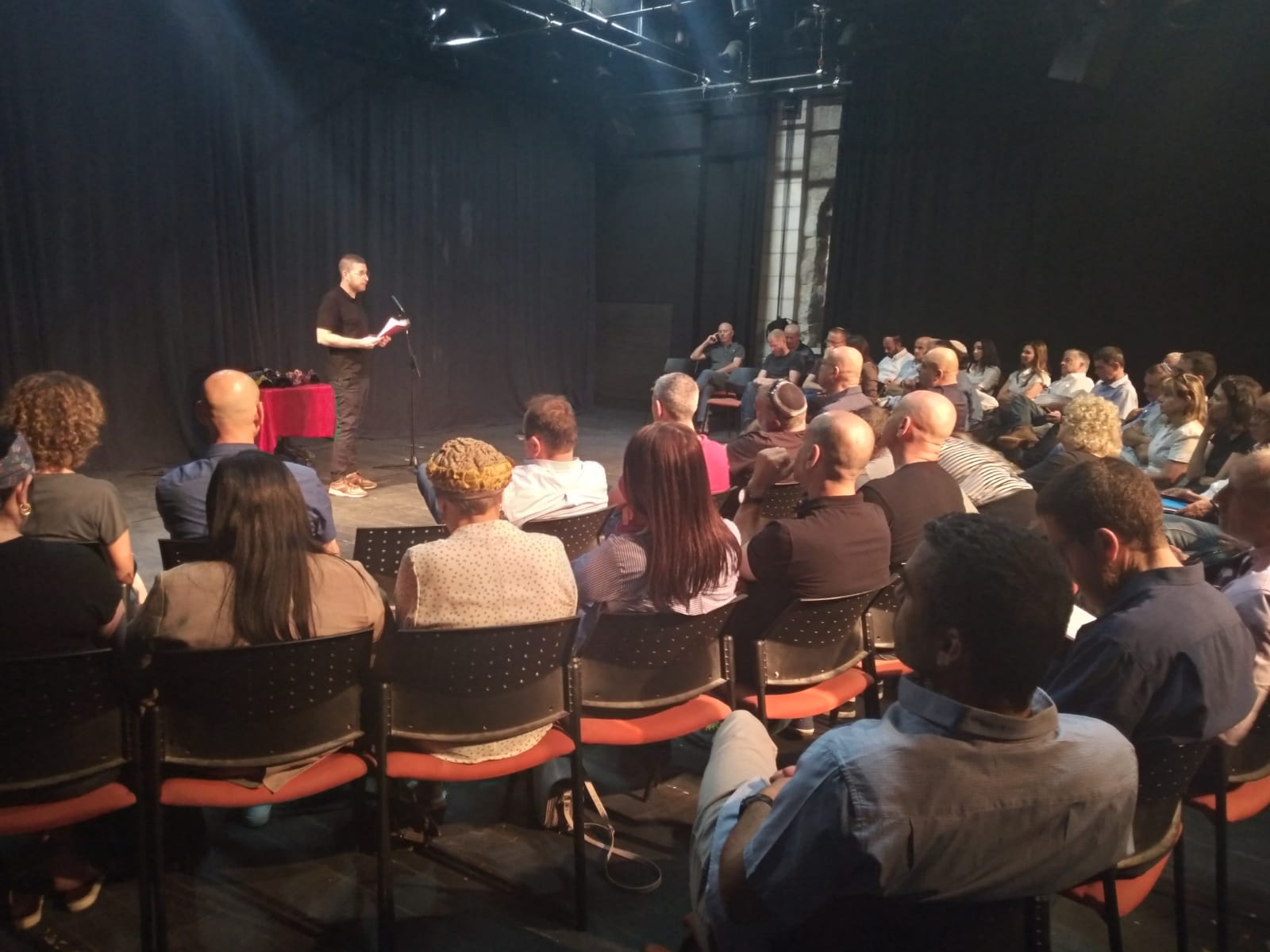 09:00 AM | Welcome and breakfast at Mazia House of Theatre