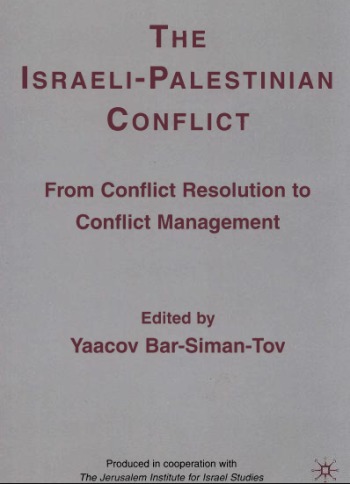 This book focuses on the September 2000 confrontation between Israelis and Palestinians, examining the characteristics of a confrontation that developed into a protracted low-intensity conflict. Topics addressed include the strategies adopted by both sides, the reasons for the failure of moderation, and the phenomenon of unilateral disengagement.

The violent clashes that erupted in September 2000 between Israel and the Palestinians developed into a protracted low-intensity confrontation. The confrontation exacted a heavy human toll on both sides, inflicted severe economic damage, and raised the level of mutual enmity and mistrust to levels that are hampering dialogue, not only with regard to the resolution of the conflict but even about its very management. Neither side expected that it would last so long or escalate so fiercely; it did so because of the failure of both sides to conclude it rapidly or even to moderate its intensity. International peacemaking efforts were equally fruitless. The conflict again entered the realm of the intractable, dominated by uncontrolled violence.

The Israeli-Palestinian Violent Confrontation, 2000-2004 – From Conflict Resolution to Conflict Management