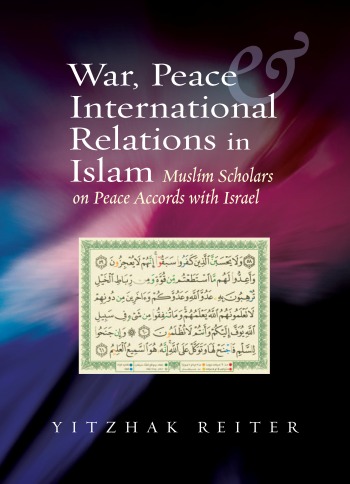 This book analyzes the thinking of Muslim legal experts and muftis in the field of international relations, as well as their efforts to adapt Islamic law (shari’a ) to the realities of modern statesmanship and relations among states and peoples. It assesses their stances regarding peace agreements between Arab-Muslim states and Israel as a special case. Religious rulings (fatwas) and opinions expressed by authors of books on Islamic law denouncing or supporting peace with Israel are translated from Arabic to English and are accompanied by analyses of the justifications and grounds in the shari’ a employed by Muslim experts and decision-makers against the background of the political circumstances of the time.

Discussion of these religious sources regarding Muslim relations with the non-Muslim world provides for a deeper understanding of a number of phenomena that characterize the Muslim world today:

the development of Islamic law and its adaptation to changing political realities; the place of Muslim religious law in general and of legal opinion ifavwa) regarding current affairs in particular;

the split between two major religious currents – one radical and one pragmatic – and the mechanisms for interpretation that each uses;

the struggle of the Muslim world with the tensions between tradition and modernity;

the relationship between religious decisions and interpretations of religious law on the one hand and ideological challenges, national and military, on the other; the role of the fatw a as an instrument of propaganda or publicity in an age of mass media;

and the gap between religious leaders (muftis) associated with the authorities and those who are independent, or between those who identify with the regime and those with the opposition.

An examination of the political fatwas sheds light on the dividing lines of ideological and religious disagreement in modern-day Muslim society and on the changing concept of relations between the Muslim world and the non-Muslim world, from the classic doctrine of jihad to a pragmatic approach of adapting the legal interpretation of the shari’ a to the modern model of international relations.

This Islamic religious discourse is also part of the public debate in the Arab world as a whole. The political and public discourse in Palestinian society and in the broader Muslim and Arab public is replete with Islamic terms reflecting the way the Muslim world conducts itself vis-a-vis the regional and international arena.

In particular, the subject of this study frequently arises in political discourse in the Middle East, where Israel is engaged in an asymmetrical confrontation with two radical Islamic movements – Hamas and Hezbollah – which assign an important place to Islamic law in their ideology, activity and political discourse. The position of the radical elements confronting Israel ranges from jihad and resistance to a lull in fighting (hudna, tahdi’a).There are also, however, religious scholars and leaders who offer pragmatic interpretations, supported by citations from religious law, that envision the natural relations between the Muslim and non-Muslim worlds as a state of peace. This vision includes a permanent peace and diplomatic relations with Israel.