< Previous Event Behind the Scenes in Jerusalem’s Old City
Next Event > What Does Quality of Life Mean in a Diverse City?

The vision of “Jerusalem as a government city” addresses the reputational, municipal and economic benefits of Jerusalem becoming an active and attractive government city. As part of promoting this idea, the Jerusalem Institute hosted a conference of senior policy and planning officials from the government, municipality and other bodies. This event was initiated by Adv. Amnon Lorch, in collaboration with the Jerusalem Municipality’s Planning and Infrastructure Administration and the Accountant General’s Assets Acquisitions and Logistics Division at the Ministry of Finance (government housing and construction departments). Other participants included representatives from the Ministry of Jerusalem and Heritage, the Prime Minister’s Office, the Civil Service Commission, the Local Planning and Building Committee, the Jerusalem Development Authority, Police and National Quarter’s Security Managers (Kiryat HaLeom) representatives, research institutes representatives, and others.

In the first part of the day, the government city vision was presented alongside actions taken by various agencies to promote Jerusalem’s governmental and urban space.

The second part of the day, consisted of three roundtables on the following topics: attractive urban space, the governmental ecosystem, and drawing support from civil servants for the government city idea.

The conference was concluded by the roundtable’s facilitators and by Deputy Accountant General Uzi Sher and Jerusalem City Engineer Yoel Even.

Jerusalem is a political, judicial, symbolic, and historical capital city, but it’s not a financial capital. The concept of ‘Jerusalem as a government city’ has the potential to elevate the city to a capital city in which government holds a central role in the urban fabric and around which exists an entire system of supporting elements – the governmental ecosystem.

A thriving government city is a hub for financial activity; a draw for professional tourism; a space for the exchange of knowledge and ideas; a source of pride for government employees, for the city and for the country; and an expression of a vibrant and resilient democracy.

To what extent is Jerusalem a thriving government city?

The Jerusalem Institute will shortly be publishing indictors research (status report) on this topic. The publication will be divided into four chapters. The following are some of the key data that will be included:

Governance and government – the public sector in Jerusalem

Parties involved in the governmental ecosystem

The following two examples were chosen from among the parties involved in the ecosystem:

The National Quarter as an urban space

Applying the ‘City Walk‘ index developed by the Israeli Green Building Council (ILGBC) to a 550 dunam area found the following:

The city engineer and his team – who lead all planning and development within the Jerusalem Municipality – have adopted the government city vision: With its unrealized potential, the National Quarter complex posed a challenge to municipal planners who have previously attempted to promote plans for its development. Engaging with the vision provides a framework and guidance for a development plan for the National Quarter, while forming a narrative that connects its internal and external elements to create an infrastructure for attracting and integrating government offices that are expected to come to the city.

Manzur-Carmel discussed a series of meetings that were initiated a year and a half ago with professionals in and around government, aiming to change the existing outdated perception of the National Quarter, which originated from the original design of the complex as an ‘acropolis on an elevated hill’, with its buildings surrounded by green areas.

The acropolis vision has not been realized; in practice the buildings are surrounded by asphalt, and the gardens envisioned between them have been replaced with parking lots and fences.

The municipal team established new design principles for the National Quarter, including continuous construction, convenient pedestrian access to the entrance to the city (via new paths), and the removal of fences in parallel to developing alternative security solutions. The municipality’s aim, which has also been adopted by the district committee, is to create a bustling urban area, more in line with the city center. Experience has shown that single-use areas are destined to fail. The municipality aims to create diverse uses within the space – such as recreation and leisure, in order to create a lively atmosphere throughout most hours of the day.

This week Government Decision 627 was approved – a third governmental decision concerning the transfer of government offices to Jerusalem. This decision calls for a plan to be established within 180 days for the transfer into the city of all government units that are still located outside of Jerusalem at present. The decision was developed with the support of the Accountant General’s Assets Division at the Ministry of Finance. An important achievement of this decision is that it allows for a renewed review of old decisions made by the exceptions committee that had granted waivers to various units, as the reasons for the waivers may well no longer be relevant.

The Ministry of Jerusalem and Heritage is funding a five-year plan for the city’s development. The ‘Yovel’ plan will reach its conclusion this year, to be followed by the ‘Lavie’ five-year plan. This plan will include a set of measures and studies intended to promote Jerusalem as a government city. Among the measures to be adopted is the establishment of an interdepartmental team that will adopt a holistic approach toward promoting the ‘government city’ vision and brand.

The JDA influences the governmental space in a wide range of ways. Currently they are also developing Kiryat Begin and the Har Hotzvim high-tech park.

The government construction plan in Jerusalem and its main challenges

The Government Construction Department is currently involved in planning over a million square meters of construction, including:

Jerusalem as a government city – opportunities:

Eran Harel – head of the Government Housing Department, emphasized the importance of interdepartmental and cross-sector collaborations to optimize the development of the National Quarter and of Jerusalem as a government city in general. In his view, Jerusalem is filled with opportunities – the greatest challenge and most pressing need is to identify pivotal decision-makers who have the influence to turn the vision into reality. Harel said that under the management of Uzi Sher, the Government Housing Department realized that they have the power to break with traditions and that the ability to alter the character of the National Quarter and convert it into an urban space is in their hands.

Adv. Amnon Lorch, who initiated the event, congratulated on holding it and on the high number of senior staff who attended, and added the “the stars are aligning for Jerusalem, hoping that they continue to do so”.

The roundtable dealt with the question of developing the National Quarter to suit the needs of the public sector, for recreation and leisure, tourism and commerce – and in terms of security considerations. Participants discussed the tension between the aim of creating urban space and the security needs of the “most sensitive Israeli government complex”.

Participants included municipal officials leading the renewed design of the complex – the Jerusalem city engineer and representatives of his team, the planning area manager at Eden – the Jerusalem Center Development Company, Kimmel Eshkolot that is preparing designs on behalf of the municipality, alongside state officials from the Assets Division – managers of the government housing and construction departments, and representatives of the Israel Police, the Shin Bet (Israel Security Agency) and the Ministry of Finance which is responsible for the security of National Quarter and its employees. Also present were representatives from the Jerusalem Transportation Master Plan team, the Governance and Society Division of the Prime Minister’s Office, and the Jerusalem Institute for Policy Research.

A central conclusion of the discussion had been that the municipality’s planners should be responsible for ensuring that security personnel and security officers should be an integral part of the planning led by Kimmel Eshkolot. This way, security considerations will be better implemented and integrate it into the plan – in advance and not retrospectively, making it possible to achieve an appropriate balance between urbanism and security.

The roundtable discussed how to make working for the government in Jerusalem and in the National Quarter fruitful, dynamic and enjoyable, how to obtain buy-in for the government city vision among employees, and how to improve their perceptions of Jerusalem.

The roundtable dealt with the government’s ties with other centers of activity – academia, research institutes, embassies and consulates, the media and how to reinforce and promote the ties between the various parties in the public space. The discussion focused on how to reinforce ties between the various participants: The case was put forward that Jerusalem should be able to attract strong civil society organizations, if this would be conducive to government interactions. Suggestions were also raised for professional forums involving various organizations, such as: ‘The Rehavia Forum’ of research institutes and think tanks, and a forum of third sector organizations located in Jerusalem.

Several ideas were raised for reinforcing the knowledge interfaces between the government and the municipality and research institutes, the need for a physical place enabling joint work on projects, organization of joint conferences, series’ of lectures by researchers at government ministries and seminar days on topics pertaining to the government’s work.

Sher began by noting that he started working at the Assets Division ten months ago. As he saw it, for years not much had been done and very little had been built. He is proud of the progress being made today and said that continued collaboration is the way to revitalize the space and make it multi-functional. This could include galleries and culture, with links to nearby bodies such as the security departments of the museum and the university.

Eran Harel added that government housing is changing the nature of the design of government offices and is striving for a more innovative and contemporary design, such as in the newly renovated Tax Authority offices in Ra’anana. 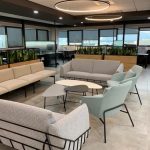 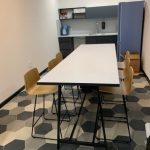 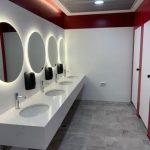 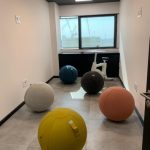 Yoel congratulated the conference organizers on the atmosphere of collaboration and positive discussions. He highlighted two key tasks to address the challenge that lies ahead:

The easy task is to bring the government offices and units to Jerusalem.

The difficult task is to make them want to come here – not by legal diktat but by choice. This is why the creation of a vibrant urban space is so important: The aim is to extend the light rail to government offices, and to open the space up for the public – as opposed to the current situation in which, for instance, two days after paving a road at a cost of tens of millions of shekels, it is closed to the public for security reasons. The municipality aims to create a city in which people want to work and live, a city where culture and commerce thrive. The municipal team is working very hard to transform this vision into reality and will continue to leverage its government ties to facilitate the best possible outcome for urban planning.